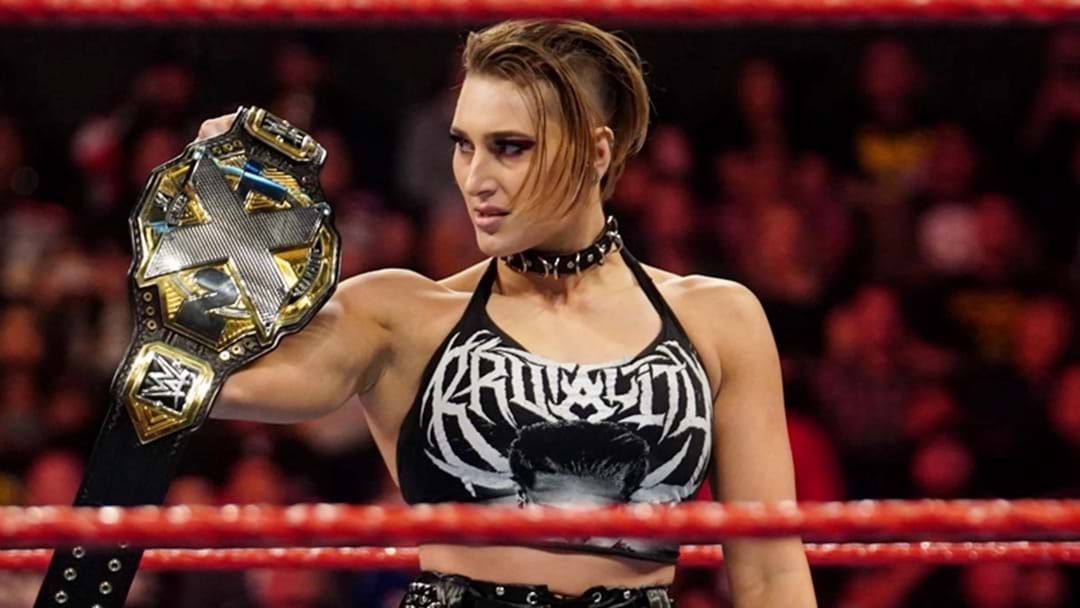 WrestleMania 36 will have some Aussie flavour on the card!

Adelaide's own Rhea Ripley will defend her NXT Women's Championship against Charlotte Flair in the biggest event on the wrestling calendar.

Ripley was attacked by Flair at NXT: TakeOver, officially being challenged for a match after Flair earned the right to via winning the women's Royal Rumble last month.

It's one of only two matches confirmed so far for the prestigious event, the other being men's Royal Rumble winner Drew McIntyre challenging WWE Champion Brock Lesnar.

Ripley - the first Aussie female to win a WWE championship - won her NXT Women's Championship on December 18 over Shayna Baszler.