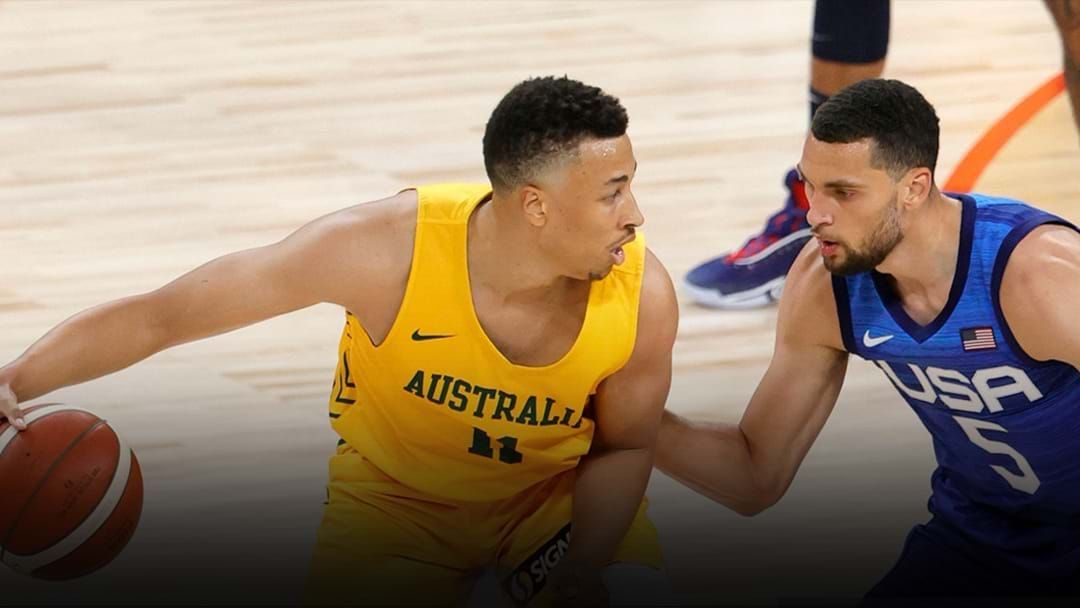 The Australian men's basketball team have put a notice out to the Olympic nations, defeating Team USA in a pre-olympics match 91-83.

Putting together an inspired four-quarter effort, the Boomers were coming off a solid exhibition win against Argentina to start their campaign at Las Vegas, before jetting off to Tokyo later this month.

The Boomers clawed back after being down late, recording an 11-1 scoring finish to put the game to bed.

For USA, they are now zero wins and two losses from their warm up games after losing to a hungry Nigerian team also filled with NBA-level talent.

Newly converted Aussie, Matisse Thybulle from the Philadelphia 76ers made all the right plays to show his value moving forward in the green and gold.

Aussie flag-bearer and Boomers veteran Patty Mills spoke on the strength and bond within this squad, who are attempting to reach a medal for the first time in history.

"We understand at the start of this campaign that for us to be able to be really competitive and achieve our goals, we need to hang our hat on the defensive end - especially against a team like the US." Mills said.

"We're not satisfied, we've still got a long way to go and can still get a lot better but as I said, defence is where we're going to hang our hat for the whole campaign."

The Boomers do battle with Nigeria next, before another match against US to close out the international friendlies.