Police are offering a $1 million reward 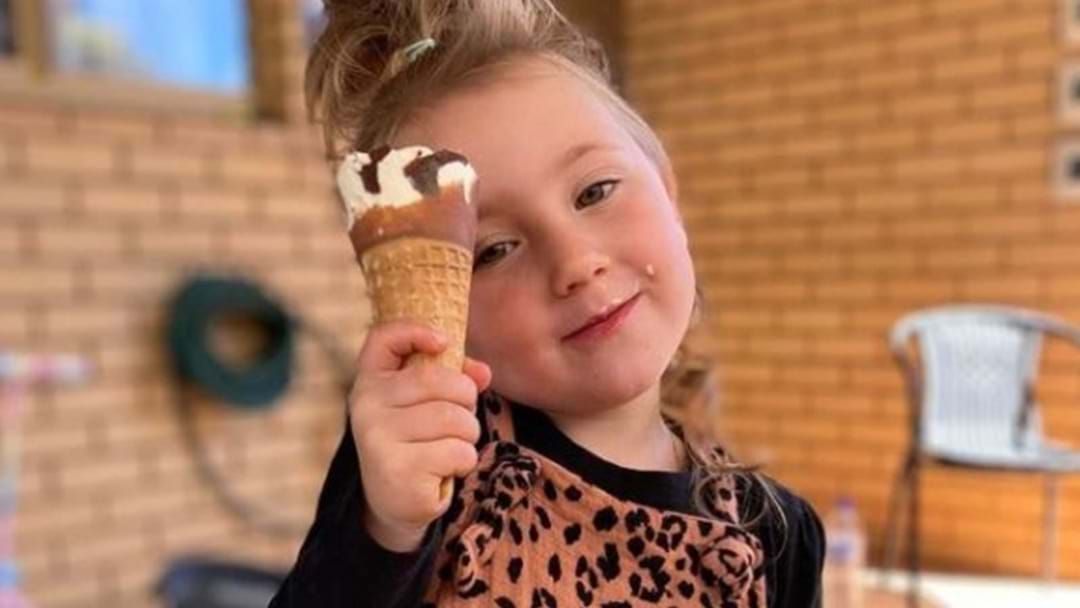 The top cop leading the investigation into the disappearance of 4-year-old Cleo Smith has travelled to Carnarvon last night to join his officers on the ground.

Superintendent Rod Wilde, a police veteran of nearly 40 years, is leading about 100 officers in the operation of Taskforce Rodia, as police now believe the little girl was abducted.

Officers are scouring CCTV at industrial warehouses and offices, mostly along Robinson Road, the main entrance to Carnarvon for clues.

The Main Roads office and a Shire of Carnarvon depot were among the businesses police were seen at.

Police believe Cleo was taken from her family’s tent at the Blowholes campsite in Macleod, near Carnarvon in WA in the early hours of Saturday morning, October 16. She was last seen in the tent by her family at 1:30 am.

The investigation in Carnarvon comes as police reveal a report came in about a car turning right out of Blowholes Road, which leads to the campsite, heading south toward Carnarvon. Two people who were driving north on North West Coastal Highway reported the car at some time between 3 am and 3:30 am on the night Cleo disappeared.

Officers made a third visit to the mother of Cleo's South Carnarvon home yesterday before returning to the Blowholes campsite to collect ash samples from former camp fires at the site.

Police are offering a $1 million dollar reward for vital information that will lead to finding the girl who is approximately 110 centimetres tall with honey blonde coloured hair and hazel eyes.

“Our thoughts are with the family, and I can assure them that the advanced capabilities of Federal law enforcement are being deployed to aid local efforts to find Cleo. Australians can be certain that we will continue to equip our law enforcement and intelligence agencies with the tools and the resources that they need to combat this very serious crime — and especially crimes against children,” Ms Andrews told the Australian Parliament.