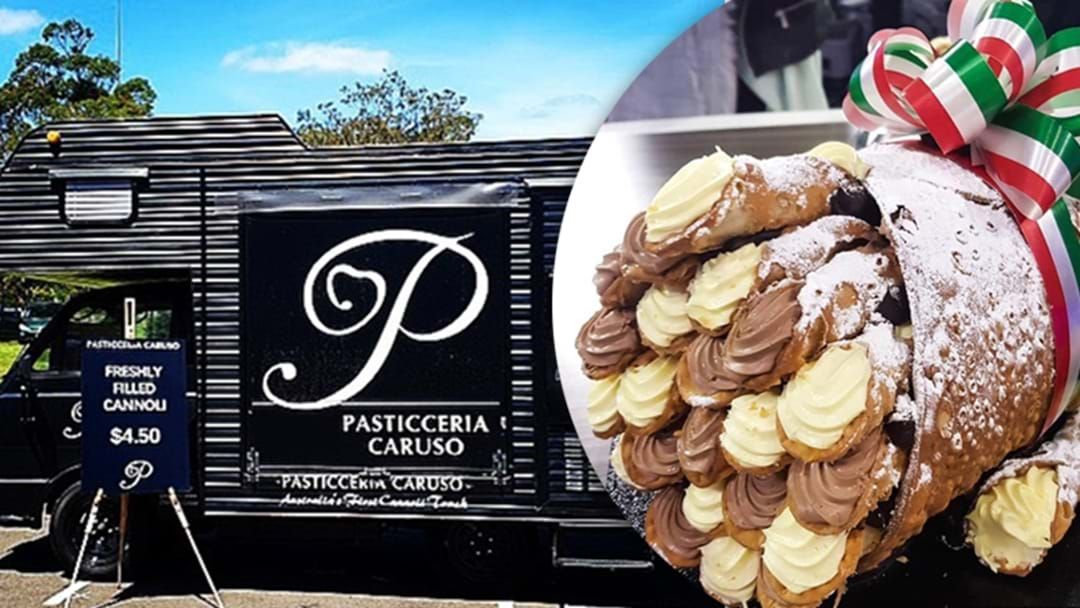 Australia's first-ever dedicated cannoli truck is hitting the mean streets of Sydney after making its "smash hit" debut in Bella Vista in September.

Pasticceria Caruso is taking its infamous cannoli on the road, transporting some of the 3500 sweet treats made at owner Giuseppe Caruso's Wetherill Park factory around the city.

All of the cannoli sold from the food truck are made-to-order - "We take the shells and custard on board and fill as we go," Caruso told Broadsheet - with six flavours to choose from: chocolate, ricotta, vanilla and an assortment of specials like coffee, limoncello and blueberry and ricotta.

And, due to popular demand, Caruso has now announced a string of dates at spots the truck will be making appearances.

Wherever you decide to pay a visit though, you'll need to be in early; Caruso sold so many cannoli at the truck's first outing at Park Feast in Bella Vista that his team had to run back to the factory to get more ingredients.