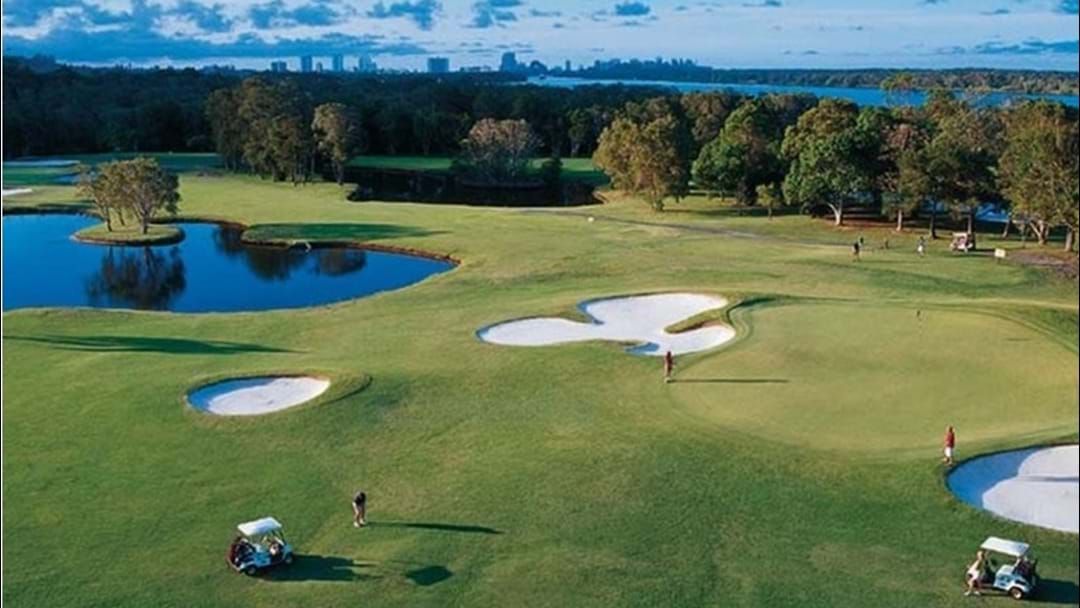 If you hit your ball into the water at the Coolangatta and Tweed Heads Golf Club, you might just want to leave it there!

Two baby sharks have been spotted in the water at the sixth dam on the river course.

Joe Sharp from the Pro Shop told Heather, Dan and Ben he believed the two-foot-long sharks swam up through the grates, then got too big to swim back out again.

"The course is connected to the Tweed River and a lot of fish come in there to get into the hide-away spot, and the sharks must have followed them up there," he said.

Joe said the sharks were the talk of the course, but he has never seen them with his own eyes, because he was too good a golfer.

The sharks were believed to be leopard sharks, which are relatively harmless to humans.