Barcelona Women's Surpass Own World Record Of Largest Ever Crowd 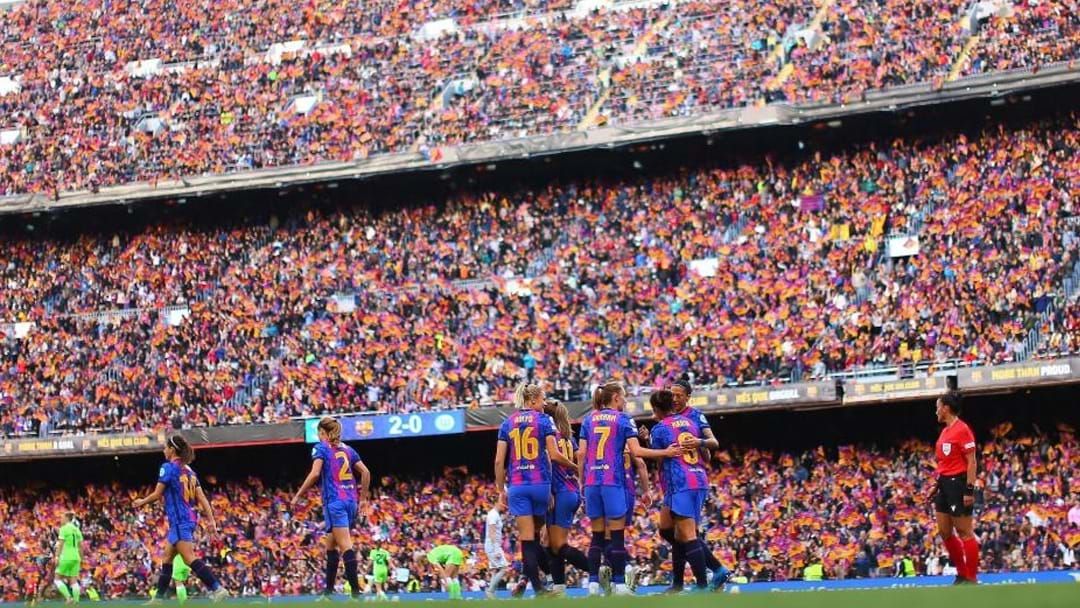 Barcelona Women's FC broke its own record for the biggest crowd of any female sporting event in the world, as 91,648 supporters packed out Camp Nou Stadium.

The previous record of 91,553 was set last month in a match against Real Madrid, narrowly edged out by Friday's Champions League match.

Barcelona defeated German side Wolfsburg 5-1 in the first leg of the Semi-Final matchup.

Captain Alexia Putellas put on a show, scoring two goals as one of four goal-scorers on the day.

"We are very happy, not just for the result but also for the atmosphere at the stadium. It is spectacular that we have set a new record," Barcelona midfielder Patricia Guijarro said.

"What happened today, and a month ago, has left us speechless. As the days, or the years go by, we will understand better what has happened. Right now, we have not completely grasped the magnitude of this experience."

The two recent matches overtook the record set at the 1999 Women's World Cup, as 90,185 fans visited the Rose Bowl to watch the final between United States and China.

The second leg will be played out in Germany on May 1, while Lyon hosts PSG on Sunday in the first leg of the second Semi-Final.