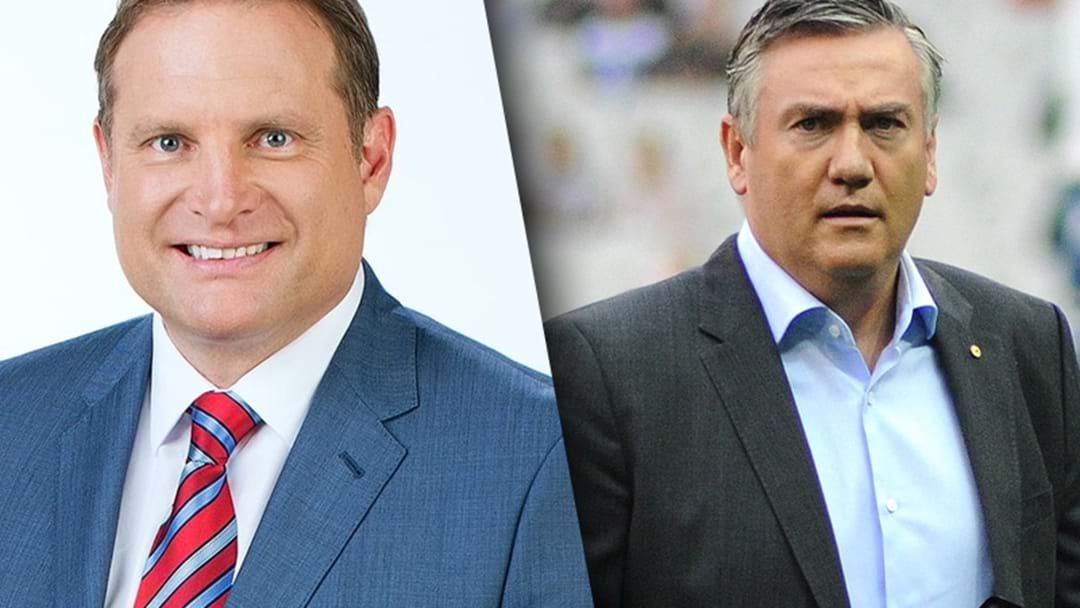 Our Adrian Barich revealed a startling claim made by their Eddie McGuire over there in Victoria, that the WA teams are at a massive advantage over the Vics because Freo and West Coast have 10 "true" home games.

As you'll hear Barra mention, Eddie reckons Collingwood only have a handful of "truly home" games.

It's staggering to think that, for most Victorians, that's most likely the normal thought process when it comes to who has the better advantage in our AFL.

Of course, much of Australia is frothing for the return of AFL, and Barra talked about the devil in the details, with regards to when we can expect AFL to return.

He also couldn't help but have one final dig at the Vics too, good on ya Barra!

(and make sure to listen in below, if you want to hear Matt's hilarious story featuring his dog Florence and a couple of key West Coast Eagles).