AFL NewsBarrett On Why Martin Should Become The Next Richmond Captain

Barrett On Why Martin Should Become The Next Richmond Captain 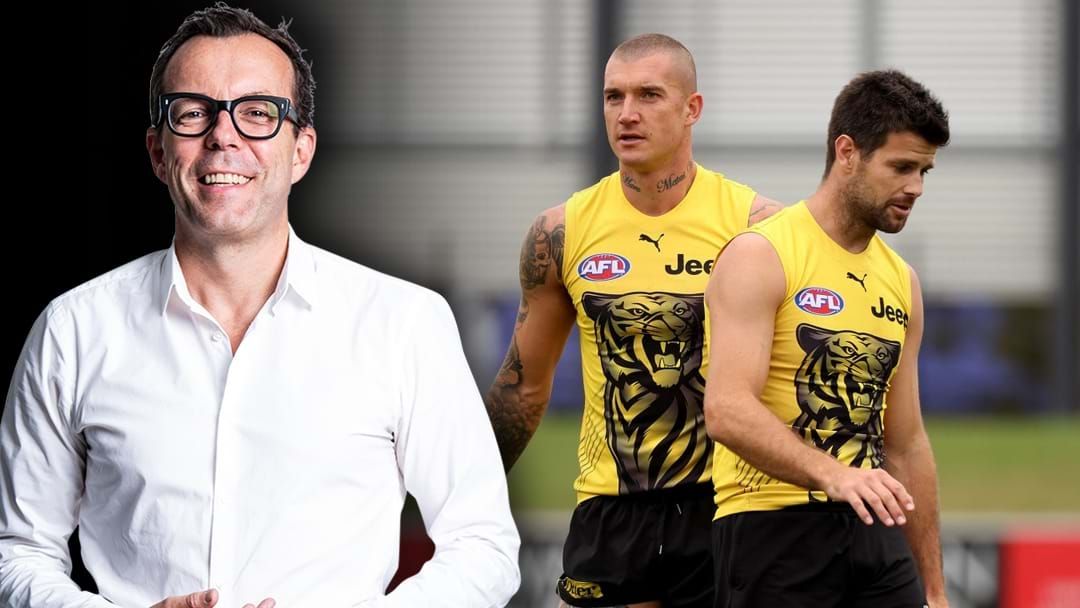 Following the news that Trent Cotchin will step away from his role as Richmond captain, the Midweek Rub panel discussed the candidates in line to replace the three-time premiership skipper.

Damian Barrett discussed "the changing of the guard" being setup for Dustin Martin to move into the role.

"I reckon we're going to have a captain for the first time in the history of the AFL who just doesn't do any media." Barrett said.

"I think it's Dusty's time now to add the captaincy to the responsibility he's had for a long time at the footy club."

Reporting that the Tigers playing group are all-in on Martin becoming their top leader, Barrett said "it's the perfect time to add that status to his role at that club".

Joey argued the Tigers should opt for a younger player, throwing up Jack Graham's name for the passing of the torch.

"I think it's handing the reigns over to Jack Graham who they love internally." Montagna said.

Catch up with the full episode of the Midweek Rub!