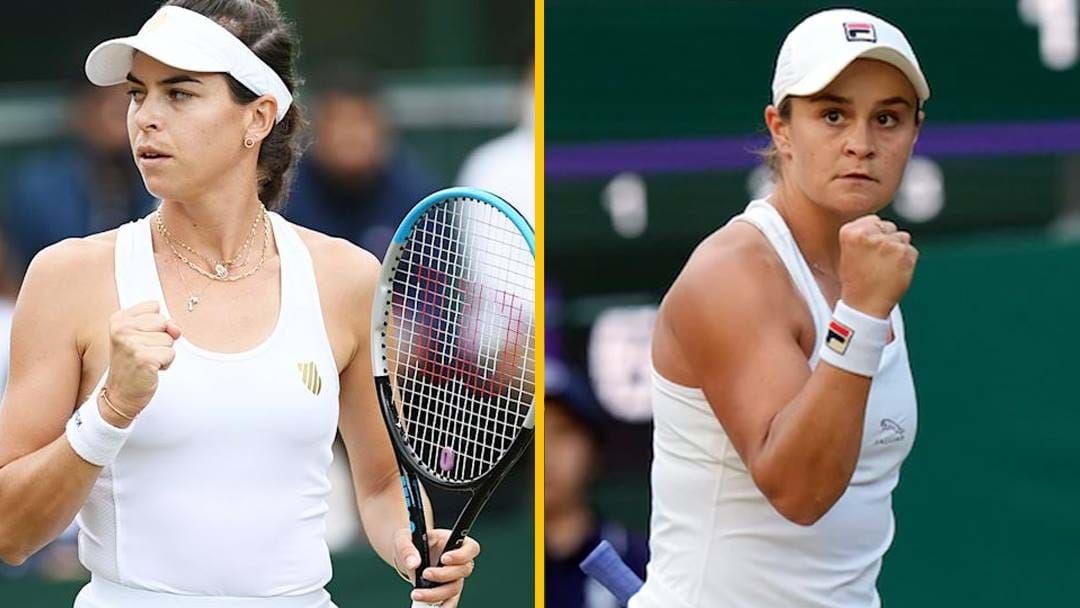 Australian tennis will take centre stage across the sporting landscape this week, when world number one Ash Barty fights for a spot in the semi-final.

The quarter-final is the farthest Tomljanović has reached in a Grand Slam, but it will not get much tougher than Barty who is beginning to find form.

“I’m thrilled to play Ash,” said Tomljanović. “I’m hoping that it will be a great match.”

No Australian lady has made it to the Wimbledon final four since Jelena Dokic in 2000.

It's the pair's first career clash together in a major tournament, guaranteeing an Australian makes the semi-final is an exciting prospect for the future of the tour.

Barty conquered Barbora Krejcikova in her round of 16 match-up 7-5 6-3, ending the Czech's dominant 15-win streak.