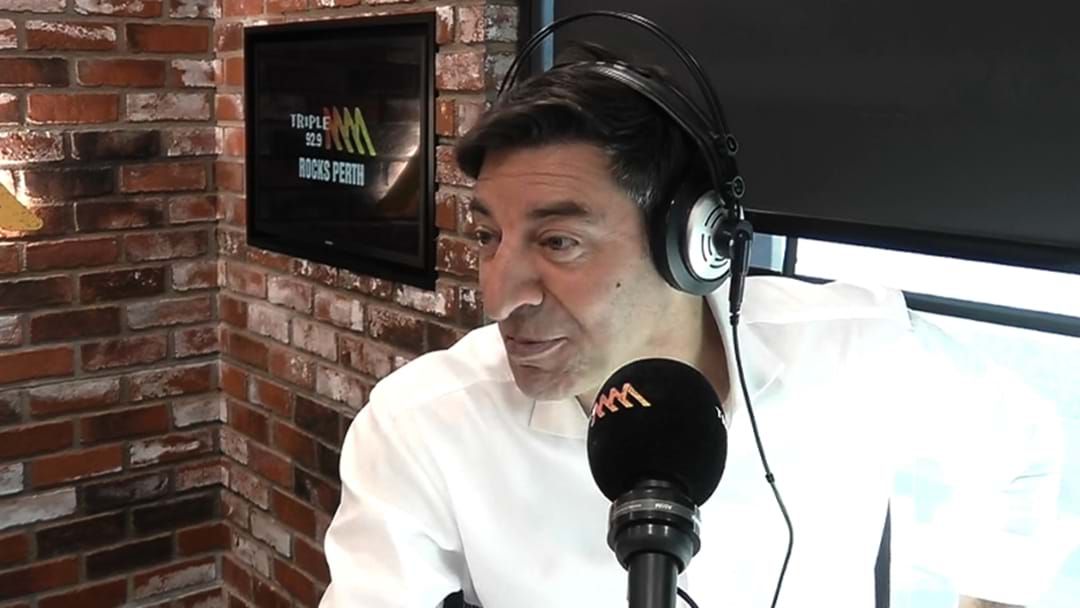 "I am in a political space... I never really thought going into the Lord Mayor’s space was political, but I understand that it is," Basil said.

"So people try and join dots, or maybe come to conclusions, so I understand conversations like that, but nothing much more than that to be honest."

Never miss anything from Perth with the Best Of Basil, Xavier & Jenna playlist!

Basil did admit that he’d caught up with WA Liberal leader David Honey, but no political aspirations were brought up.

"I walked in (to an event in Cottesloe), he was standing with Julie Bishop, I said 'hello Julie, hello David,' and then I went and found (wife) Amy," he said.

"We did have a conversation, but not about anything like that."

Basil said that his move into the Lord Mayorship wasn’t done with an aim to move up the political ranks.

"I didn’t become Lord Mayor with a view to taking the next step, or furthering my political career… I love being the Lord Mayor, I love this role, I feel really well suited to it," he said.

"I am not contemplating running for state parliament, I’m not thinking about it, I’m not a member of any political party.

Basil admitted that there is some part of him that has thought about state politics.

"In the role that I’m in, you can’t help but think when people go 'ah you should have a crack at this, or what about that', you can't help in your mind think, well how might that look, or how would that work, or how could that play out," he said.

"But the absolutely honest answer is I have no intentions, in the political space, beyond the one that I am in right now."

Basil said there were three main hurdles that would prevent him from moving into politics.

"Time, commitment, and family," were the three roadblocks he mentioned.

"My family have been unbelievably supportive, but this would be a whole different level that I would not only be taking myself to, but taking them to.

"And that’s a consideration that you have to make."