Basil Zempilas Explains What Happened During The Grand Final Presentation 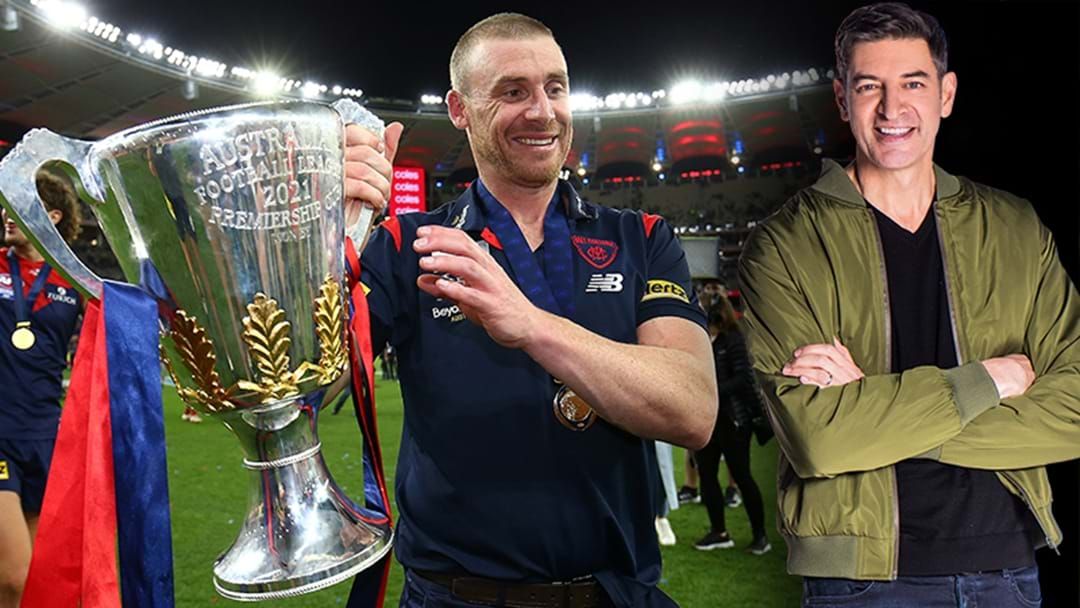 Basil Zempilas has been on the receiving end of a lot of criticism for appearing to not allow Simon Goodwin to speak during the grand final presentation ceremony on Saturday night.

This morning on Triple M Breakfast with Basil, Xav & Jenna, he explained what happened on the night.

Basil explained that the issues started when Goodwin was awarded the Jock McHale Medal for the premiership coach.

"At that point, that is where the coach of Melbourne, Simon Goodwin, should have spoken," Basil said.

"I’m not sure if anybody’s talking to me at that point or not, but if somebody was, I couldn’t hear it.

"I didn’t see Simon motion towards the microphone, I’m not even sure if he did, he was standing on the other side of me.

"And that was the point where if he was going to speak, he should have spoken.

"Nothing much seemed to be happening, there was a lot going on in the background.

Basil said his moment of realisation came as the cup was lifted.

"Clearly the moment that counts is the premiership cup going up," he said.

"I realised that Simon Goodwin hadn’t spoken. Now that was regrettable, and that was a mistake.

"In the end — I’ve played this over lots and lots of times, as you do — I will say that despite what people might say, I pride myself on this sort of work.

"So that’s regrettable, and it’s disappointing for Simon."

Basil explained that they attempted to have Goodwin speak.

"As they were having the team photo, I asked one of the people to go and get Simon let’s get him back up and let’s do it," he said.

“And he stood next to me and we tried to get the PA down to be able to get Simon to say what he wanted to say in front of the crowd or whatever he might have been going to say.

"The PA I couldn’t reach, the cup had gone, and BT was down side of stage and said 'I'll grab him', and Simon was 'hey, no problem at all'."

Basil said he hoped the incident hadn’t overshadowed the moment.

"Because I don’t want that to be remembered as the moment from Melbourne’s great premiership victory."

"In the end, there's only person who can own that moment, and it's the MC, the MC's in charge," he said.

"Nobody else is in charge except for the MC, and of course I put my hand up for that."