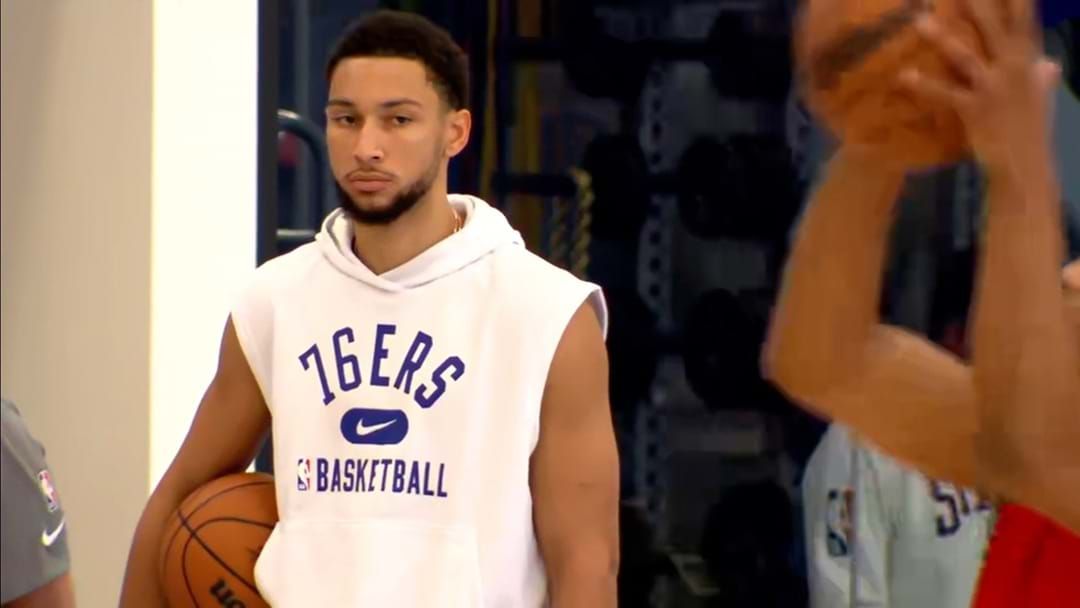 Australian basketball superstar Ben Simmons has been embroiled in a dramatic saga involving his role at Philadelphia.

Uncertainty surrounds his place at the 76ers, on Wednesday he was fined by the team for causing 'detrimental conduct to the team' - and his teammates, coaches and former players had their say.

The turmoil snowballed during last season's Eastern Conference playoff semi-finals loss to Atlanta, when Simmons was booed by Philadelphia fans for not playing to his full capabilities.

The latest incident in the broken relationship between franchise and player involved footage of Simmons returning to Philadelphia's training on the eve of the NBA season opener.

The three-time All-Star did not join the team's summer training program, after talks of him being traded carried right through the off-season at his request.

Simmons appeared to be disinterested upon his return, with footage showing him not engaging with teammates during the huddle, with Rivers admitting it wasn't a professional display.

"I thought he was a distraction today," Rivers said.

"I didn't think he wanted to do what everyone else was doing.. It was early, it wasn't a big deal and I just told him he should leave then."

Embiid took a more frustrated approach when asked about his teammates latest actions.

"At this point I don't care about that man, honestly. He does whatever he wants," he said.

"I am focused on trying to make the team better."

"At the end of the day our job is not to babysit somebody.