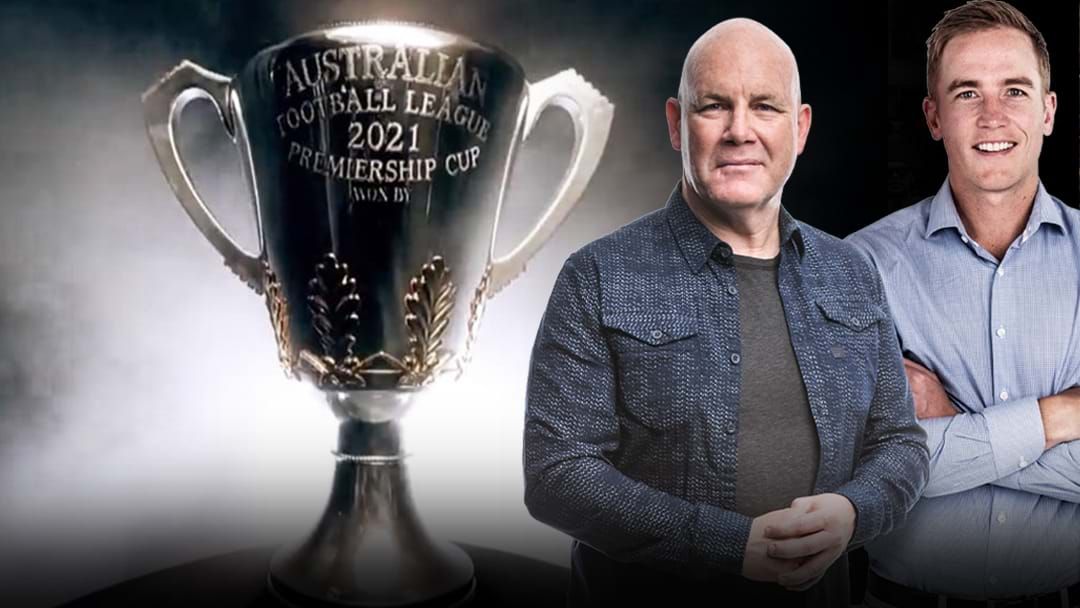 Filling in for Roo and Ditts on Friday, both Bernie Vince and Andrew Jarman previewed the big clash between the Demons and the Bulldogs.

Bernie believes fans should expect the Bulldogs to play in numbers, saying "it'll be a hot footy".

"They play a real finals type brand; contested footy, crash and bash, they flick it out with handballs," Vince said.

Bernard then spoke on the two 'x-factors' for either side.

"Aaron Naughton .. his contested marking ability for a 21-year-old is unbelievable."

"I'd send someone to Jake Lever, he's the number one intercept player in the competition and he has such a big say when Melbourne play well."

Following the preview, the boys provided their Grand Final tips.

LISTEN TO THE FULL SHOW HERE: