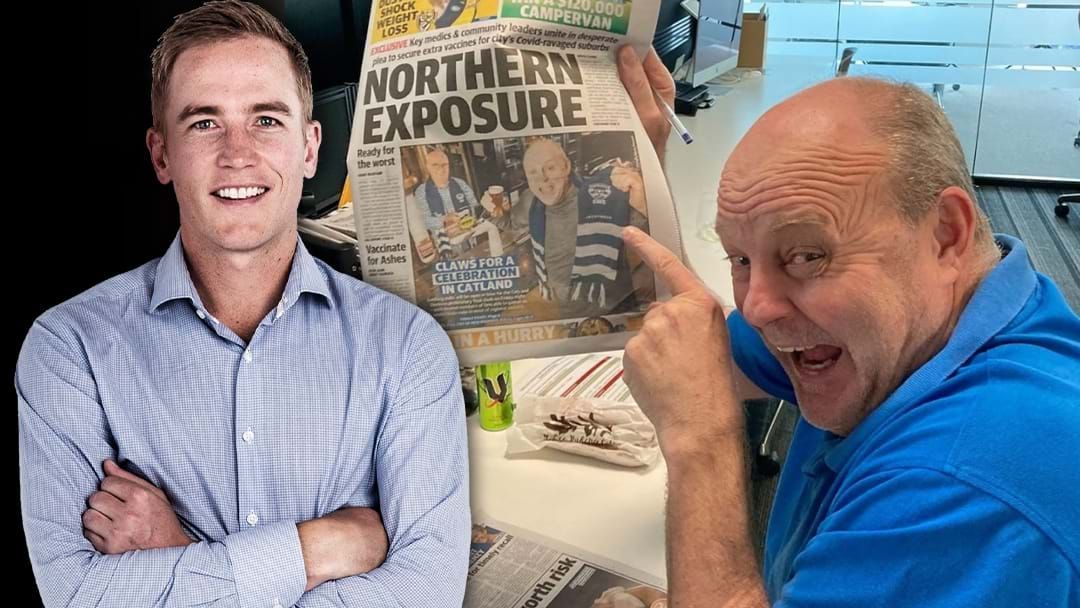 Bernie Vince had Bill Brownless in his sights for his 'Nuffie Of The Week', ripping into self-proclaimed 'September Brownless' for his antics over the last week!

Eying off Bill's appearances on the front page of the Herald Sun and a live cross on breakfast television this week, Bernie didn't miss.

"This man has gone full nuff this week and he needs to stand up to it," Bernie began.

With Bernie telling Bill he's even not sure when he trying to be funny and not, JB also chimed in.