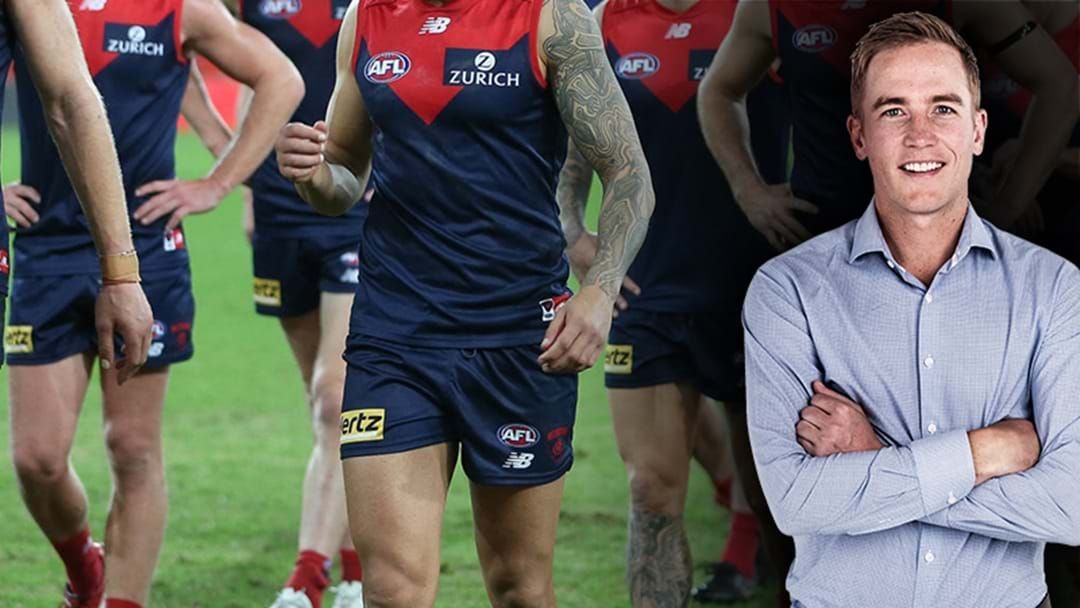 Melbourne best and fairest winner Bernie Vince says that the Demons’ playing group is a bigger issue than under fire coach Simon Goodwin.

“It’s a tough position, because if he’s (Goodwin) got two years to run [on his contract], and it’s on big money… they’d have to pay him out that or they’d have to come to an agreement,” Bernie said on his show the Rush Hour with Bernie and Jars.

“But I think he’s the right man for the job, Jars.

“I just don’t think the players have played as well as what they could have, and there’s maybe some selfish guys through the midfield.

“People have been commenting on that a fair bit, like they find a lot of the footy but are they working for each other?”

Bernie agreed that there will be pressure on Goodwin if the Dees lose to the Crows.

“But if they don’t, wow… they’re gonna come from everywhere.”