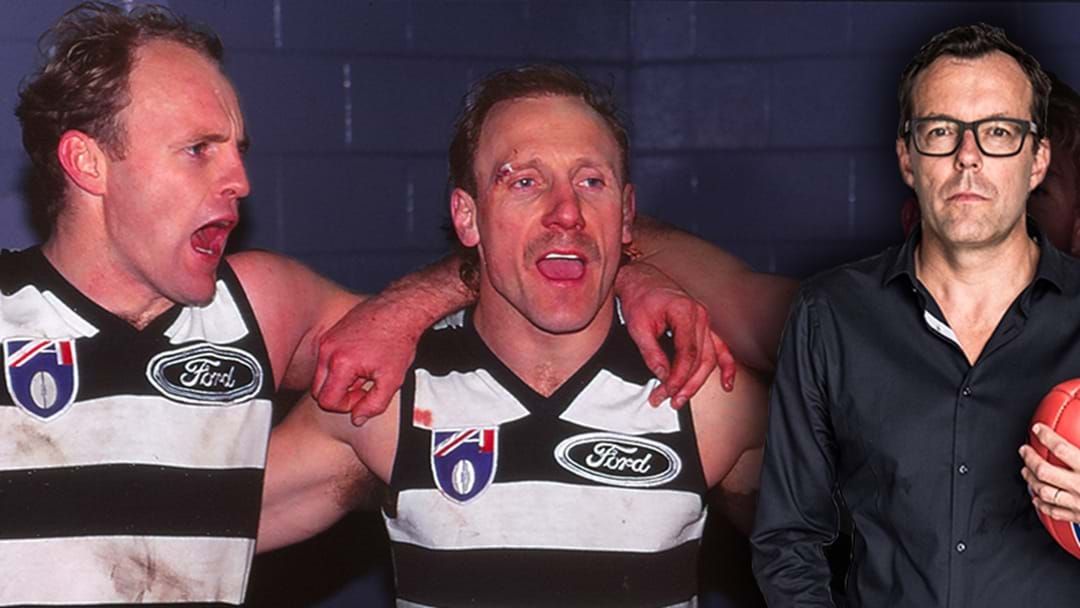 Billy Brownless is a great teller of stories, and one of his best is the time he knocked out Gary Ablett in a sparring contest.

But Damian Barrett’s investigation — with the help of Bill’s ex-teammate Leigh Colbert — found that some elements of the famous yarn just aren’t true!

“Billy, all 107 kilos of him, his momentum went forward, stepped on Gazza’s foot, and poor Gazza sat down.

“And let me tell ya… I know he makes lots of money on sportsman’s nights, and good on him.

“I don’t wanna spoil his story, but that is an extreme overreaction and it shouldn’t be Thirsty Camel he’s working for, it should be Furphy — he’s telling absolute lies!”