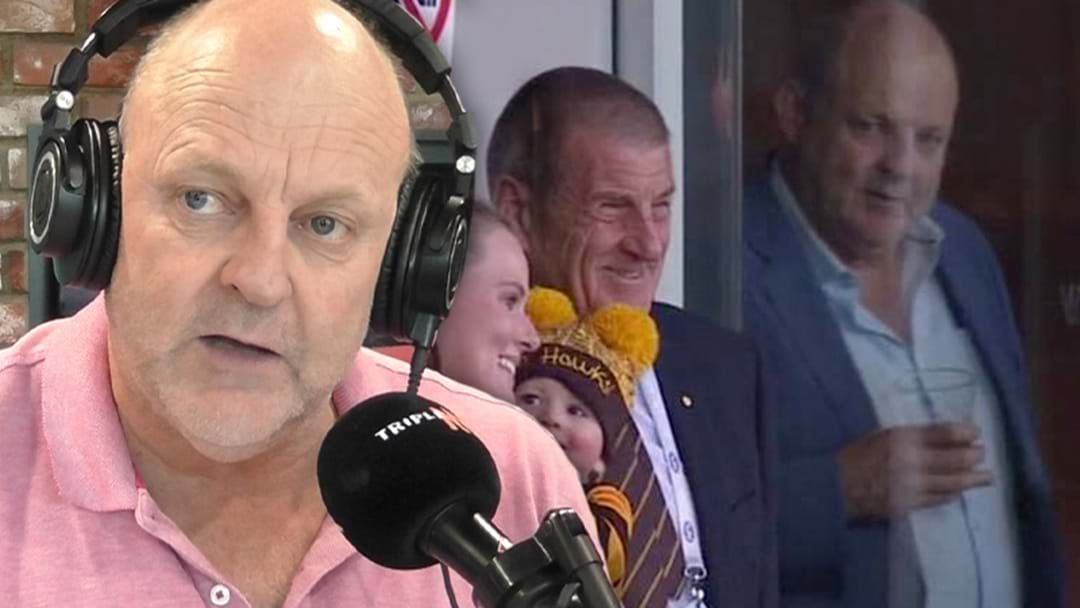 Billy Brownless giggling behind Jeff Kennett at the Cats/Hawks game made waves across footy media this week.

First Fat photobombed him and then laughed behind him in the thrilling final term where the Cats got up - but Billy said they've chatted since.

"He got back to me last night," Billy said.

As Billy whipped his phone out JB started winding him up about what the underlying message to Bill would have been.

"I don't think he likes you at all!" JB replied.

"He joins the conga line that finishes in Darwin!"

BILLY COPPED A TEXT FROM KENNETT: