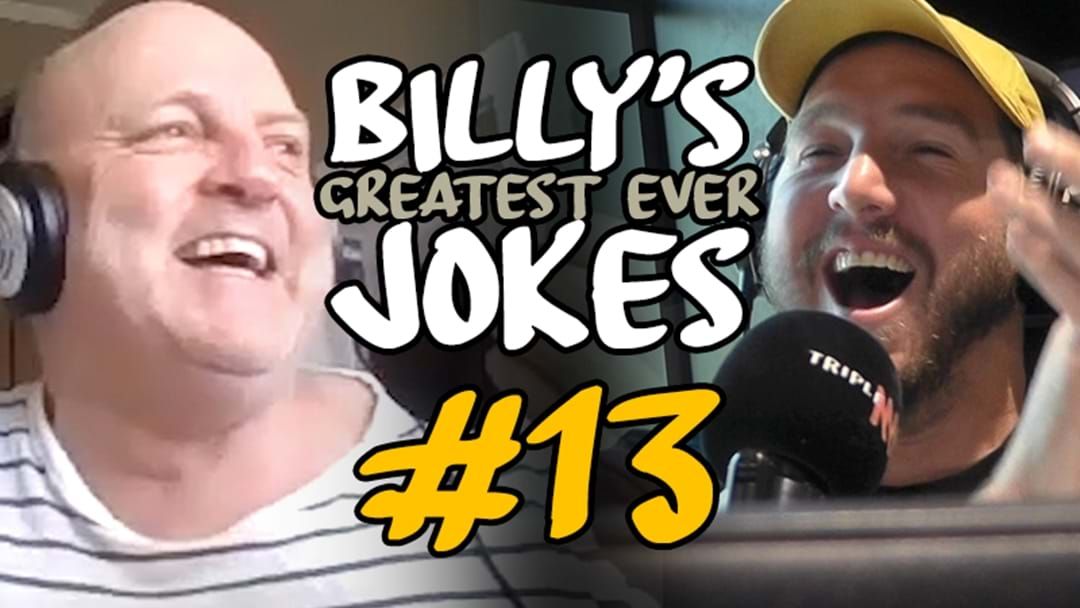 Number 13 in the countdown of Billy's Greatest Jokes Ever is probably the only one in the top 20 in which Billy warned us it's all a bit of fun and we're just having a laugh.

"That just means it's going to be very risque!" he laughed.

Daisy was right on the money - and Billy absolutely nailed it too!

Catch number 12 in Billy's Greatest Jokes Ever at 12pm Thursday exclusively on the Triple M App, or later than night across the Rush Hour socials!