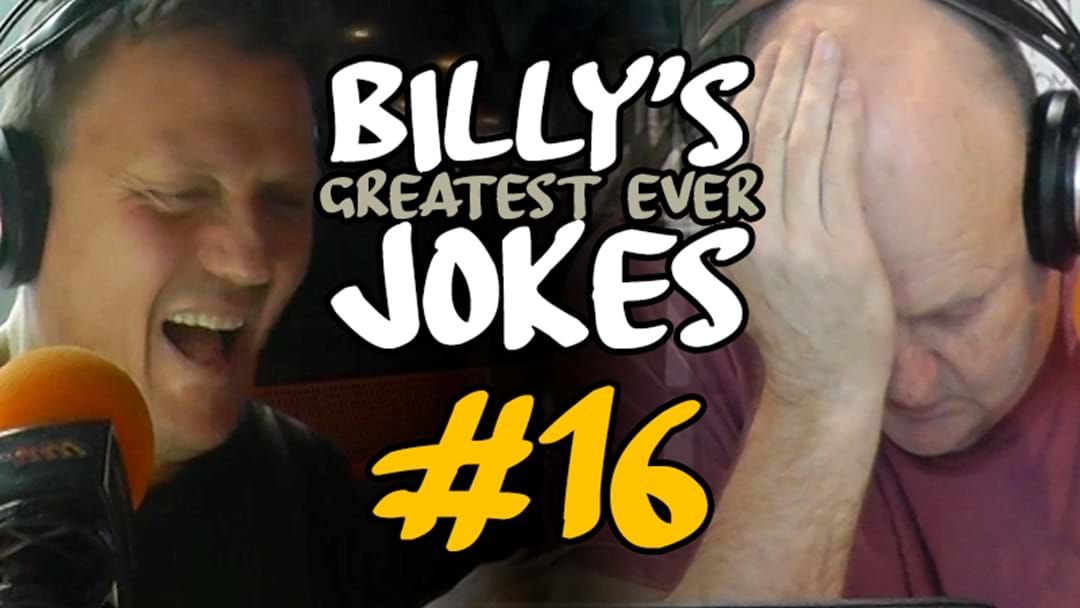 We've had four good jokes so far in the countdown of Billy's Greatest Jokes Ever.

Billy's final joke of 2018 wasn't bad at all - Fat just completely and throughly butchered the delivery.

"We apologise to all of the million listeners!" JB declared.

"We can only say we'll be better in SIX MONTHS' TIME!

"WE MUST HAVE BETTER JOKES!"

Catch number 15 in Billy's Greatest Jokes Ever at 12pm Monday exclusively on the Triple M App, or later than night across the Rush Hour socials!