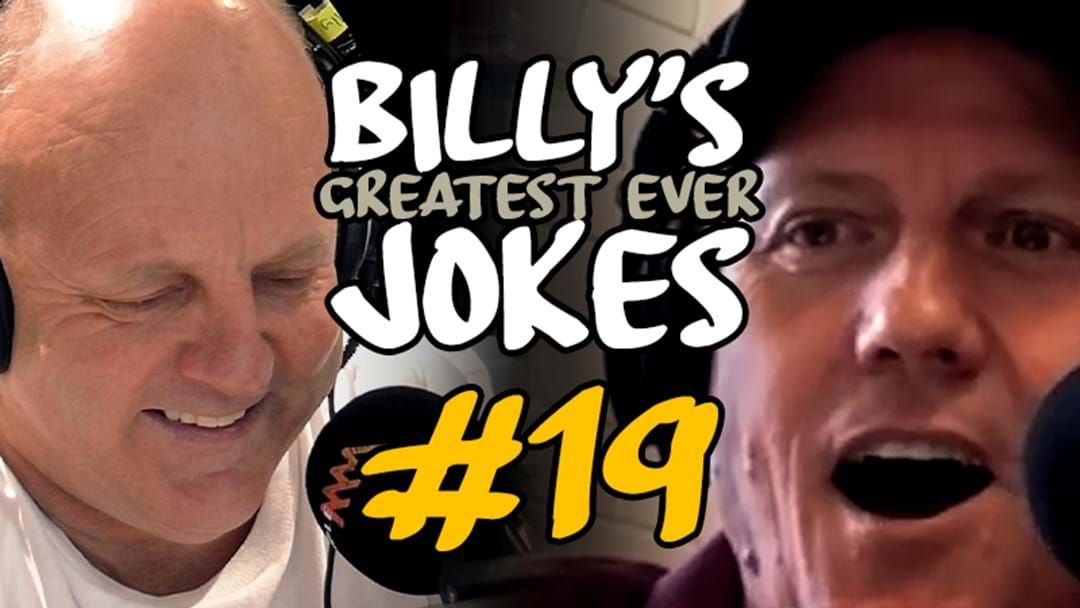 It's one of the worst Irish accents imaginable, but it's one of his better jokes.

Number 19 in the countdown of Billy's Greatest Jokes Ever is one from earlier in 2020 about a man walking through Ireland when it starts to rain.

So the man ventures into the nearest shelter - a bar - and runs into a man named McGregor...

Catch number 18 in Billy's Greatest Jokes Ever at 12pm Wednesday exclusively on the Triple M App, or later than night across the Rush Hour socials!