Billy's Legendary Bake Of The English Cricket Team In 2014

Billy's Legendary Bake Of The English Cricket Team In 2014 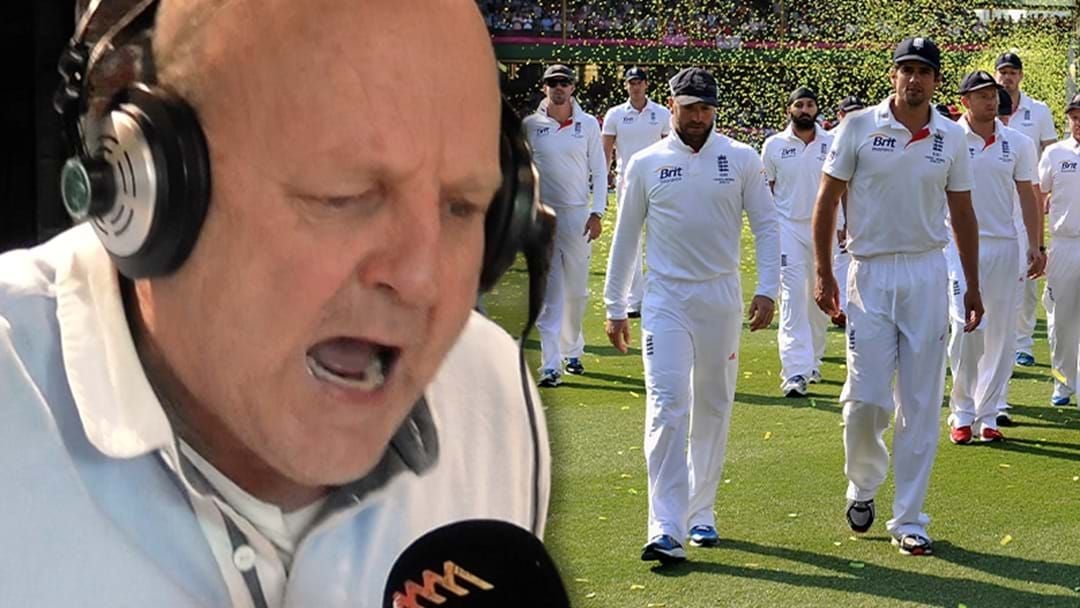 We wound back the clock on Wednesday's Rush Hour to one of the show's all-time greatest moments.

JB and Billy returned to the airwaves at the start of 2014 off the back of one of the great Ashes campaigns, when Australia wiped the floor with England five nil.

And it got Billy more fired up than Mitchell Johnson at the top of his mark.

And the Poms were in his sights!

"I've been sitting on this bake for a good two and a half months," he began.

"WEAK ****S! FAIR DINKUM JIM! THEY GET OFF THE PLANE WITH MORE SWAGGER WITH MUHAMMAD ALI AND WERE ****ING HOPELESS!"