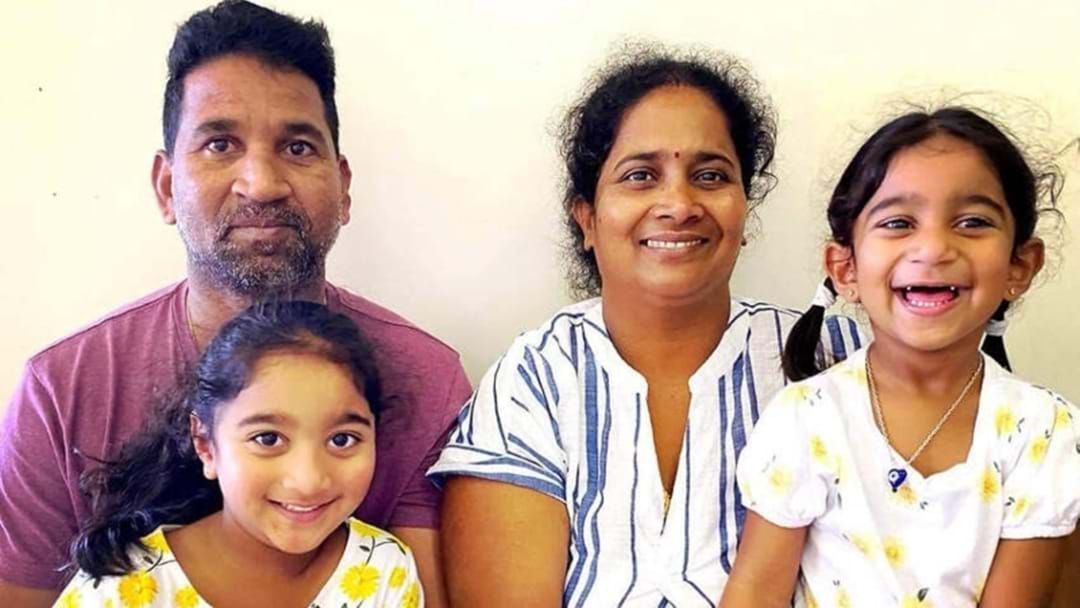 The Tamil asylum seeker family from Biloela are destined to be reunited on Australian soil "sometime soon", according to Treasurer Josh Frydenberg.

After years of campaigning, the Murugappan family’s two-year stint in Australia's offshore detention centre at Christmas Island is coming to an end

The long-awaited announcement comes as the youngest daughter Tharnicaa receives treatment for a serious blood infection in a Perth hospital.

On Tuesday morning, Mr Frydenberg confirmed the news in series of media interviews, but refused to comment on whether the family will be allowed to stay in Australia permanently.

“The good news, the positive development is the family will be reunited on Australian shores very shortly”

Meanwhile, Immigration Minister Alex Hawke, who is expected to make a separate decision on whether to intervene in the long-running court cases of the family.

Minister Hawke said this is not a permanent solution and is still a detention placement, but they will be allowed to stay in Perth as a family unit.

The visa status for the Murugappan family still remains undecided as their adoptive regional Queensland town of Biloela continues to fight for their return.

A government spokesman said "a decision regarding the detention of the Tamil family, Priya, Nades and their two daughters, would be made imminently”, with many hopeful the government will intervene on their visa status.

The family has been on Christmas Island since 2019.