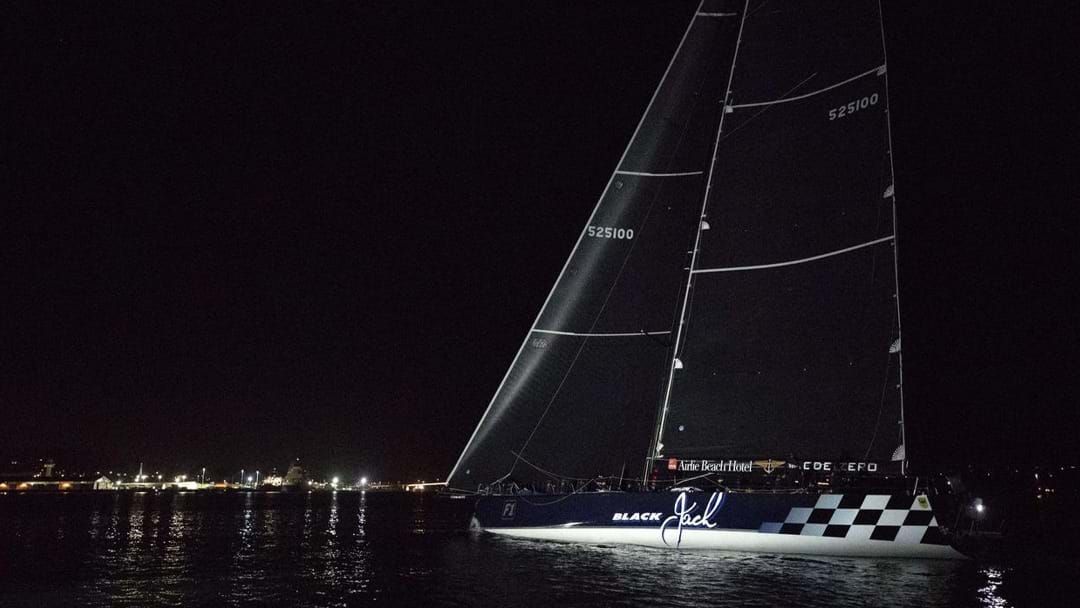 The 100-foot Black Jack yacht has claimed line honours during a gruelling Sydney to Hobart race.

Steered by Mark Bradford, the team crossed the River Derwent finish line at 1.37am on Wednesday in the dark of the night.

Uneven seas and tumultuous weather threatened to interrupt the event, but skipper Bradford knew the opportunity presented itself when majority of crews withdrew mid-race.

"It was tough in the beginning. The first 30 hours were pretty rugged," Bradford said.

"We had a tough race with both the other (supermaxis). We dropped Scallywag at the end for a bit but she came back and LawConnect was right there the whole way."

Black Jack owner Peter Harburg said it was a victory which has been in the works for 14 years.

"It is very emotional. It is the grand prize of yachting in Australia. For me it’s the first time I’ve been involved in a winning team," he said.

"I don’t know whether I want to cry or laugh or give Mark another hug. I can’t describe it."

Black Jack and LawConnect super-maxi yachts had traded lead position several times prior to approaching the island of Tasmania.