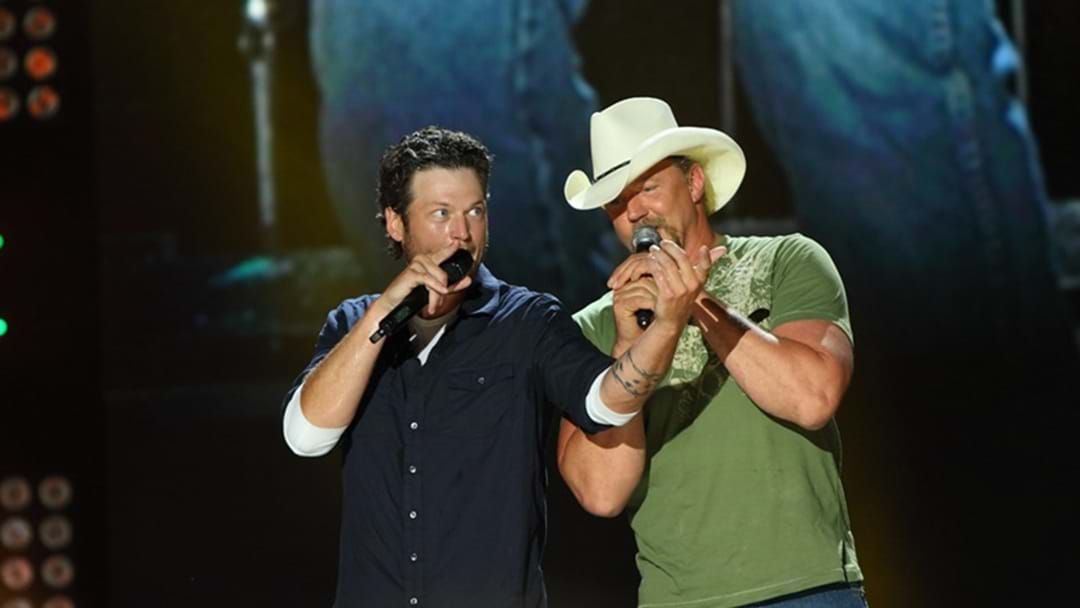 When Blake Shelton and Trace Adkins get together the outcome can only be great.

10-years-ago the pair gave us their chart-topping hit “Hillbilly Bone” now the two friends have teamed together again and the result is a new song “Hell Right”.

"Hell Right" is Shelton's new single, the follow-up to "God's Country" and one he says he wouldn't have ever discovered had he been working on a studio album in the traditional sense.

“Rednecker" singer and "God's Country" co-writer Hardy wrote the song with David Garcia and Brett Tyler, and Shelton only heard it after he was done recording for awhile - or so he thought.

Speaking to media at his No. 1 party for "God's Country" last week, Blake said songs like this are exactly why he's enjoying going song by song. It's an in-the-moment approach he had not tried before.

"Everything is icing on the cake for me at this point," Shelton says, "and all I want to do is make the records that I want to make with the people I want to make 'em with. Outside of that I don't care how they (his record label Warner Music Nashville) package them or what they do with it."

So long as we get to hear them, neither do we!

"Hell Right" will be available digitally on Friday (Aug. 16).