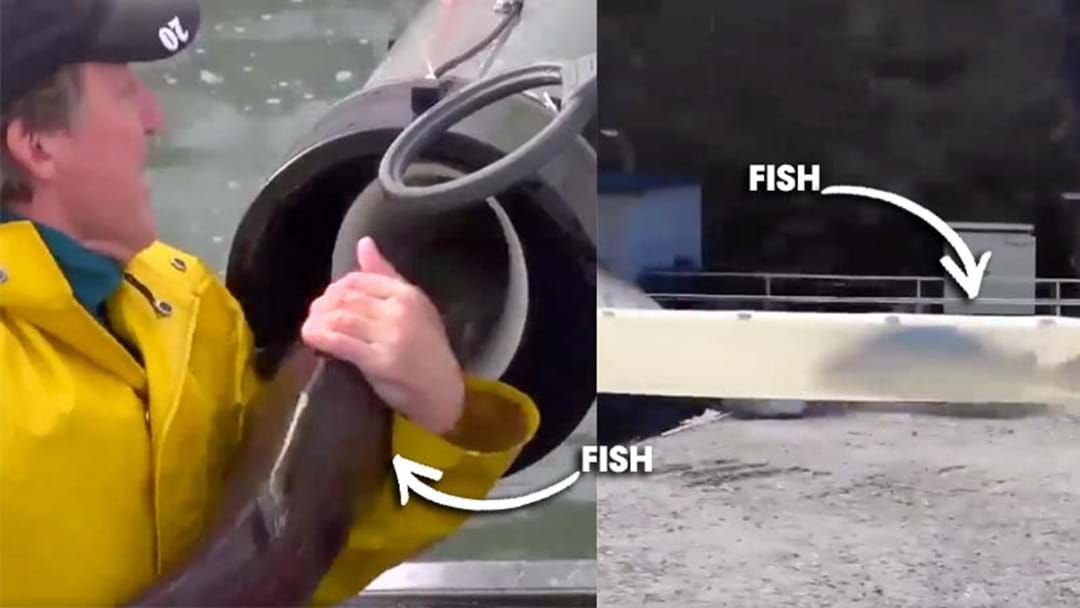 Blink-182's Mark Hoppus has alerted us to a video that has not just gone viral, but has captured the imaginations of internet users around the world along the way.

It all started when a scientist on Twitter posted an extremely informative video of "The Whooshh Fish Transport System", which "helps native fish pass over dams in seconds rather than days".

Sound boring? Just watch the video, which involves a man quite literally launching a live fish into a giant, rubber tube.

For anyone interested in the mechanics, the Fish Tube uses a series of small fans and a blower to push it along at about nine metres per second, with the ability to launch a fish up to 30 metres into the air.

Designed by Whooshh, the Fish Tube is aiming to tackle the issue of fish struggling to move upstream in dams which don't have in-built "fish ladders".

And Mark Hoppus isn't the only one who is fixated by the invention.