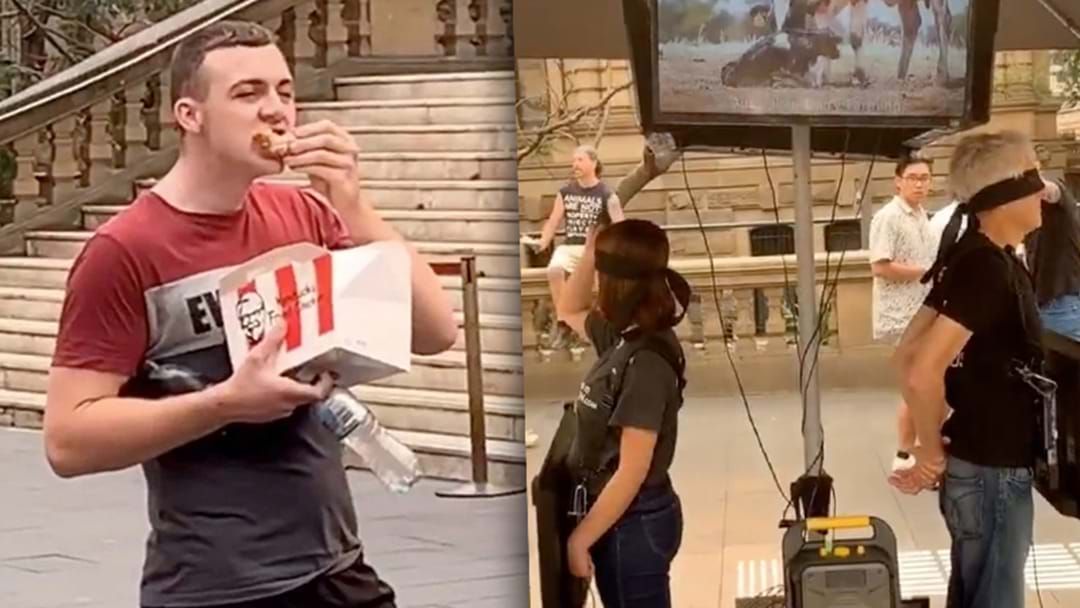 A Sydney prankster has decided to troll the vegan community during a protest at Town Hall on Monday.

A video upload to the booming social media app, TikTok, has shown a man quietly digging into KFC chicken, while Vegan activists are blindfolded as videos of animals being slaughtered are shown on the television behind.

The video has racked up more than 2 million views with one person commenting "not all heroes wear capes some eat KFC."

However many were also outraged, "I’m not a vegetarian or anything but like you’re just being childish," another user said.

It's not the first time someone has rocked up to a Vegan event eating meat.

Last year, a bloke in Amsterdam ripped into a raw piece of meat in protest of the festival.