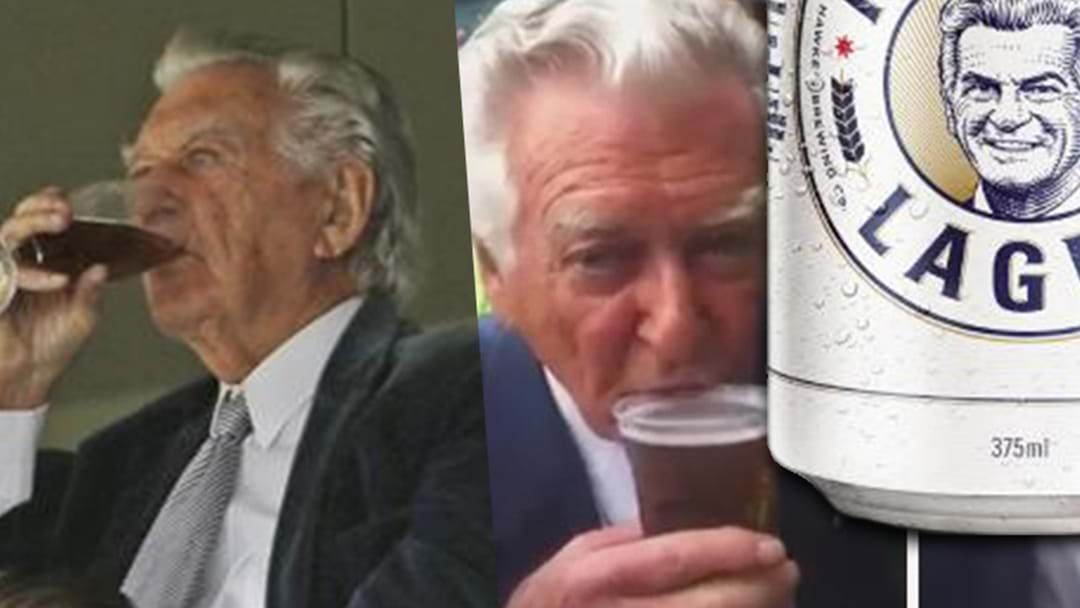 Famous beer-lover (/former Prime Minister) Bob Hawke has released a new beer that's going to be the hottest drop at pub's around the country.

Bearing his name, Hawke's Lager will be available on tap in 11 pubs across NSW today - before cans go on sale from April 25.

According to the press release, he lent his name to the beer under the condition that a percentage of profits from the beer were contributed into rural programs around Australia.

“I’m not making anything out of this, all of my share is going to (environmental movement) Landcare," Hawke said.

The first schooner will be poured by the former PM himself at the Surry Hills’ Clock Hotel in Sydney today.