Bob Katter vs Four 'N' Twenty pies- IT'S ON!

He ain't spendin' anymore time on it. 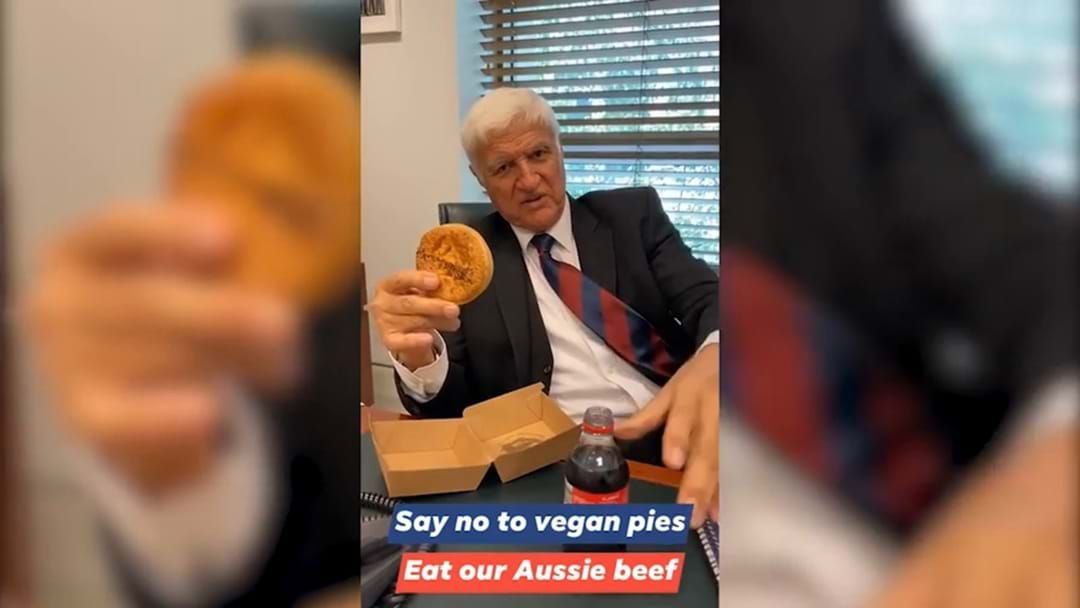 Our Kennedy MP Bob Katter isn't too happy about a new pie it seems.

Four 'N' Twenty has launched a meat free pie, which is said to taste exactly like our culinary delight- but with no animal products.

The outspoken Federal MP though has urged Aussies to keep eating our beef though, Rabobank say although demand is down because of Co-Vid 19, they still expect reduced export demand because of the impact of the virus.

Of course he can't waste too much time on it though, because in the meantime, every three months a person is torn to pieces by a crocodile in north Queensland!

Hear what he had to say here: