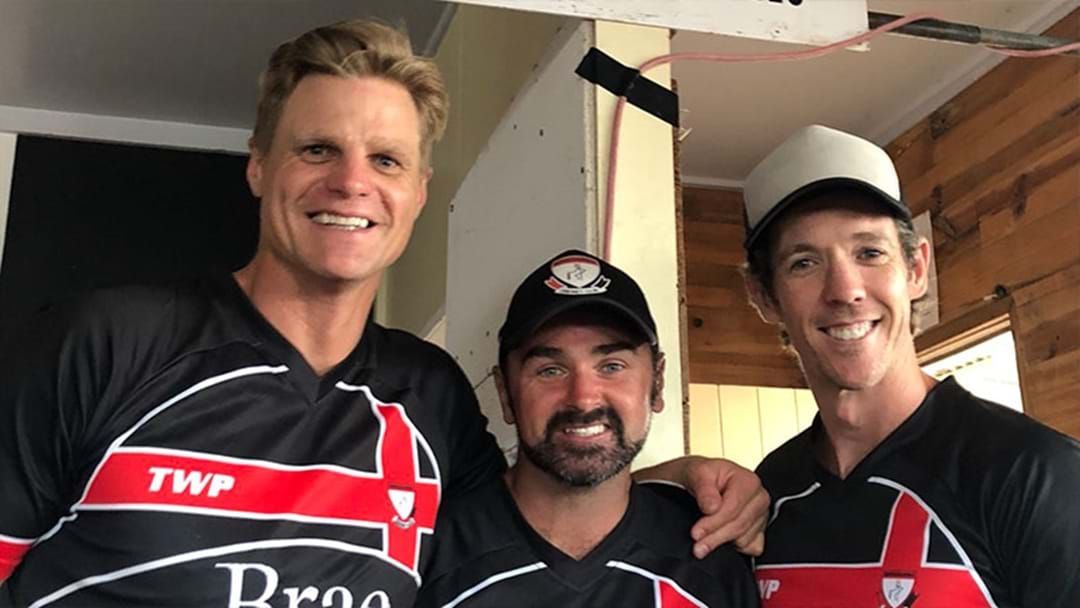 Bob Murphy and Nick Riewoldt turned out for a charity cricket match for a team in rural Victoria.

Roo and Bob played for Birregurra against Warrion in the Colac District Cricket Association in a match in support of Maddie Riewoldt’s Vision, a charity founded by the Riewoldt family to help find new treatments for Bone Marrow Failure after Nick’s sister tragically died in February 2015.

Murphy and Riewoldt batted at four and five in Birregurra’s innings and both made half-centuries, with Murphy spanking 60 off 42 balls with three sixes and six fours, and Riewoldt making 51 off 27, also including six fours and three sixes.

Both of the ex-AFL stars rolled the arm over too, with Roo opening the bowling for a respectable 0/22 with three maidens off his eight overs, while Murphy got through seven sets and was the most expensive Birregurra bowler on show — his figures were 0/33.

Warrion were restricted to 8/125 off their 40 overs and chased it down comfortably, with Birregurra opening bat Jullian Callahan’s 122 not out the centrepiece of the innings.

Check out the scorecard here.