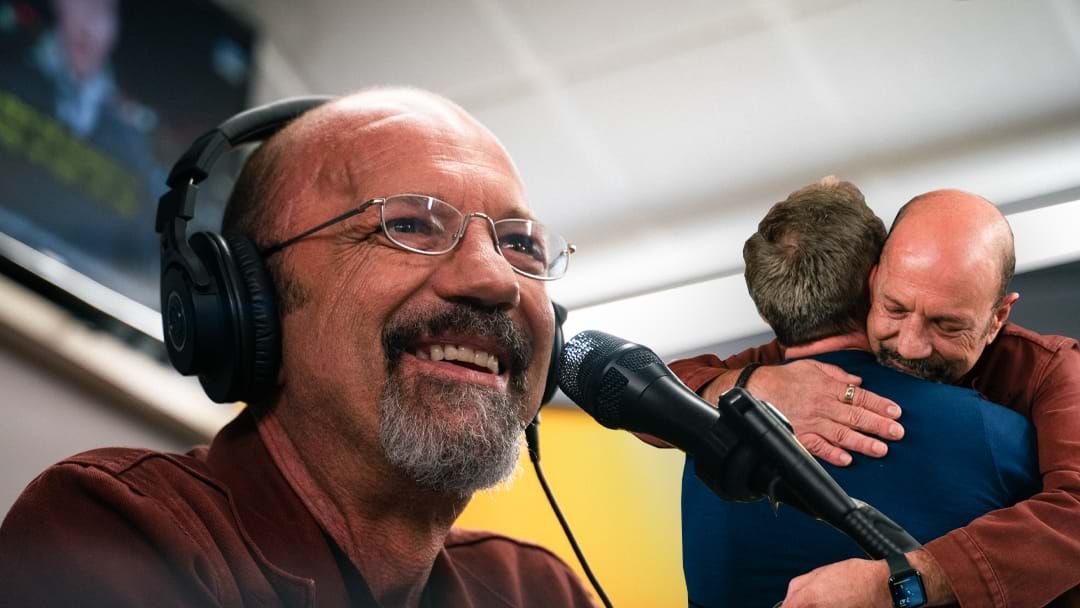 You may have noticed that Triple M's afternoon slot is missing it's usual honey-like dulcet tones, with Bob Peters away taking care of his health.

Bob was only 45 when he fell sick to Polycystic Kidneys. A chronic illness that saw his kidneys fail to work. Ongoing dialysis every second day in hospital kept him alive. However, it seemed that every associated complication that this illness could produce, threw itself his way, from countless golden staph infections, to preventative brain surgery for an aneurysm. He has fought long and hard, year after year, waiting and surviving.

After 10 years of waiting he finally received THE CALL and received an organ transplant allowing his family to finally breathe again.

For the past 5 years Bob has been back at it killing it on radio, pumping out voice overs, riding his Harley and rebuilding his life.

It's been wonderful for us to see him happy and free - and now this.

It’s with absolute grief and devastation to say that he’s been wounded once again - diagnosed with Renal Cell Cancer with Mets to the bone. A terminal cancer that’s flipped everything upside down in a matter of weeks. He's also been diagnosed with 'm' protein in his blood which leads to multiple myeloma or bone cancer.

Heartbroken and hopeful. A dream of Bob’s has always been to pack up and travel Australia. A motorbike on the back of a motorhome, the wide open roads, vast unforgiving beautiful Australian bush, and beautiful coastline.

Today, instead of waiting and surviving, Bob is choosing to start living - and he needs your help. Health and financial hardship go hand in hand, making a motorhome happen is almost out of reach - but that’s where we all come in.

One small moment of generosity, pillar by pillar, brick by brick, we can get there and help Bob live a little. We’re asking for donations to buy Bob a motorhome so he can start living, because it’s never too late to dream.

YOU CAN DONATE TO BOB'S BATTLE HERE

Bob caught up with Paddy & Rob Palmer to talk about his battle, and express how grateful he is to have people around him in support.