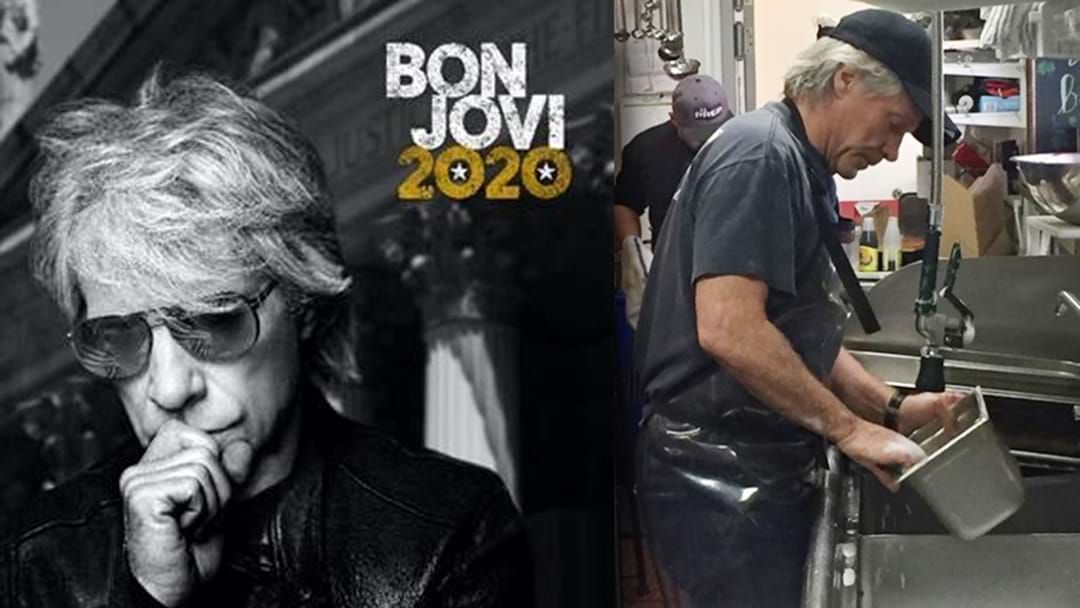 The great Bon Jovi has stuck the finger at Covid-19 and announced that he's releasing a new album on October 2, later this year.

The album was originally set to be released in May this year, but then old mate virus struck a few months earlier around the world and put paid to that.

During lockdown, Jon Bon Jovi was reportedly so moved by the horrible pandemic and tragic events surrounding George Floyd that he wrote two new songs and added them to the album listing.

They are called American Reckoning and Do What You Can.

The latter is the first single off the album and yeah man, it's classic Bon Jovi!

The man himself has been super busy outside of music too. The champion has been spending time down at his community kitchen washing dishes. Honestly, what a guy!