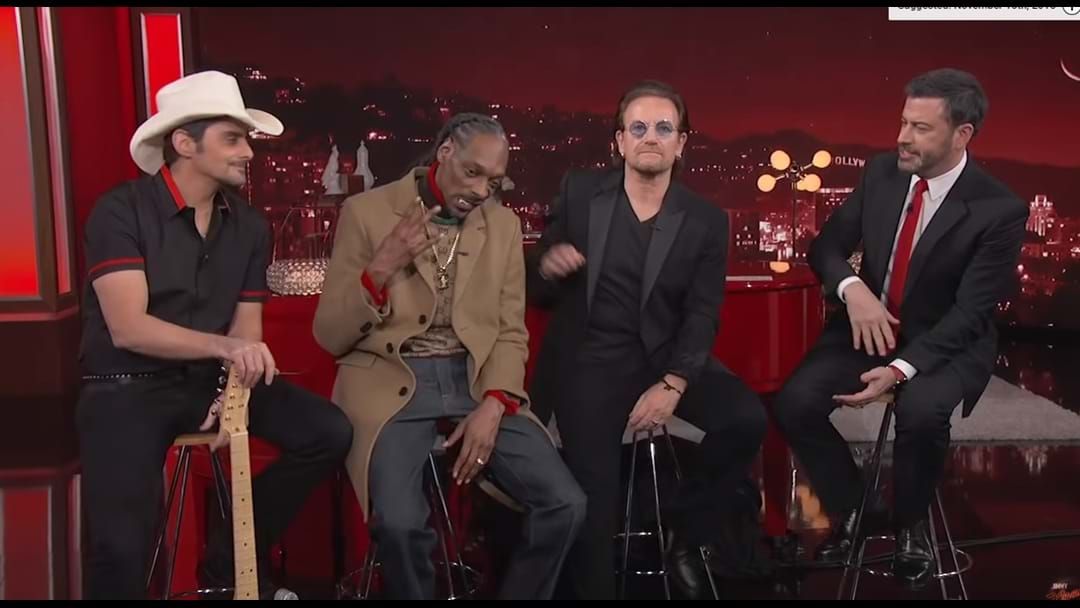 They're at opposite ends of the music spectrum but that hasn't stopped U2's Bono and Snoop Dogg sharing a microphone for a good cause.

The pair appeared on Jimmy Kimmel Live! for its fourth annual (RED) benefit show yesterday, ahead of World AIDS Day on December 1st.

It was a pretty star-studded affair, with the musicians also joined by Chris Rock, Will Ferrell, Kristen Bell, Channing Tatum, Mila Kunis and Pharrell.

“It’s refreshing to see so many stars joining forces to put a stop to something other than our president,” said Kimmel.

The special featured a Home Shopping Network-like Shop-A-Thon segment, in which celebrities inform people what products they can buy that benefit the charity founded by U2's Bono.

The Vertigo singer performed a torch song-style cover of the Bee Gees "Stayin' Alive" with Pharrell, and also announced that he'd be collaborating with Lady Gaga for a contest that would have the two icons creating a song named after the winner - with all the proceeds benefiting the HIV/AIDS charity.

You can check out a clip from the episode below.

For all that matters in rock news: