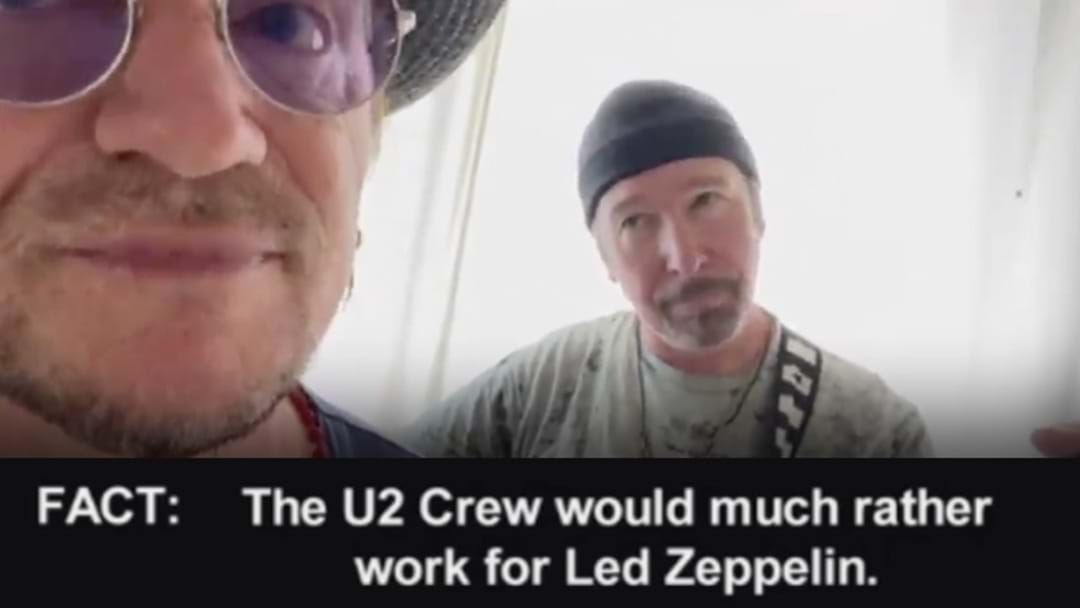 U2's Bono and The Edge have let the world in on an inside joke between the band and their road crew, and the joke refers to a bona fide superstar rock anthem.

It would seem that their 'Irish' road crew have a bot of a thing for playing Led Zep's Stairway To Heaven.

As Bono confirms: "You walk into the venue, it's a big moment, and then you hear a song that we said we'll never, ever play this"

As The Edge tucks into the opening riff, Bono adds: "these professionals believe they play it better than the band and you know, it might be true"

To be honest, we'd be big on seeing the actual band and the road crew battle it out. The mind boggles.