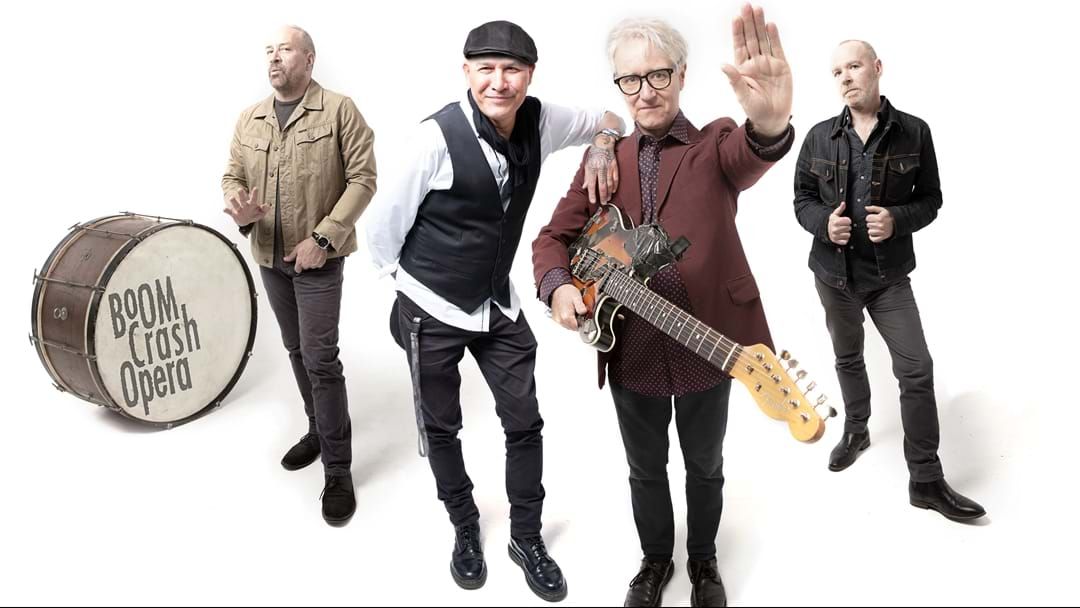 The reunion coincides with the 30th anniversary of the band's stand out album These Here Are Crazy Times.

Joining the newly reunited Boom Crash Opera will be Machinations for a select series of 8 select pub shows around Australia.

In Dale’s words; “Well, the stars have aligned themselves and I find myself re-joining my old band. Nothing sinister, just simple happenstance and once again just like that, I’m singing my favourite songs with my favourite band again. For the last three years I’ve watched Andrew De Silva perform with Boom Crash Opera and I’ve admired his professionalism and talent. I did envy him sometimes because I did miss BCO sometimes. So I’m very excited to be back and do it all again. I thank you for your support in advance."

It’s been 3 decades since some of Australia’s finest pop/rock tunes were all bundled into one album that just kept delivering single after single. 5 huge radio hits between June 1989 and June 1990 ‘Onion Skin’, ‘The Best Thing’, ‘Get Out Of The House’, ‘ Talk About It’, and ‘Dancing In The Storm’.

These songs all formed part of a vibrant moment in radio starting the late 1980’s, when Aussie music dominated and Boom Crash Opera was the pioneer of cultivating powerfully catchy and infectious tunes. Headed up by Dale Ryder from the bands inception for 30 odd years his signature vocals and those songs became and still remain permanent fixtures on Australian radio along with many other well loved tunes including…’Great Wall’, ‘Hands Up In The Air’, ‘Her Charity’ and ‘Love Me To Death’ just to name a few.

‘THESE HERE ARE CRAZY TIMES’ 30TH ANNIVERSARY TOUR
WITH MACHINATIONS

Triple M Aussie are giving YOU the chance to WIN tickets to this awesome tour.
Visit here for more info
For all that matters in rock news this week: