"He handled himself with class." 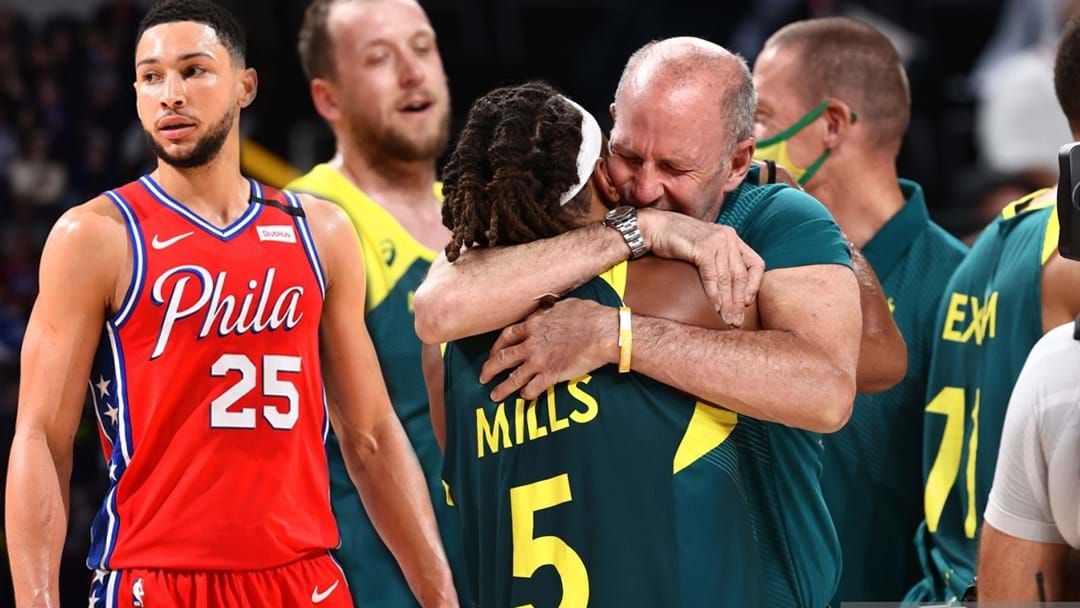 Goorj outlined the hard-working nature led by captain Patty Mills, and how his influence engaged the entire team to live by the motto: 'Gold Vibes Only'.

While speaking on the impact of various role players, most notably Boomers debutant Matisse Thybulle, Goorj mentioned the ongoing relationship with Thybulle's 76ers teammate Ben Simmons and the entire squad.

Simmons reached out to the entire squad and staff pre-tournament, providing them with gifts of support.

"Leading into the competition he was tremendous, he sent the whole coaching staff a bottle of wine. He sent all the team a gift and gave us his best wishes."

"It was circumstances that were difficult for him, but he handled himself with class and did stay in contact through this."

The full chat with the Boomers head coach, where he discusses the culture embedded in every player and the process of living up to the standards set by team leaders.

"If we're not here for a Gold medal, we shouldn't get off the plane."

LISTEN TO THE FULL INTERVIEW HERE: