Cricket NewsBoth Sides Rated Out Of 10 After The Headingley Test

Both Sides Rated Out Of 10 After The Headingley Test 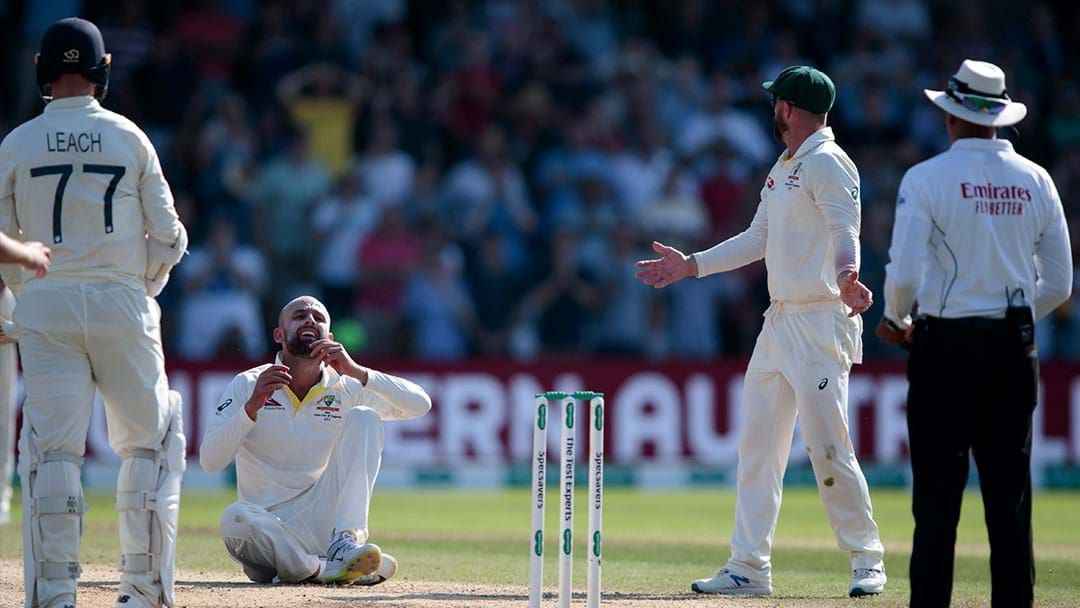 It’s taken us a day to process it, but finally we’ve put our minds back together and put together a rating out of 10 for each of the players from both sides.

Warner made a fighting 61 in the first dig after looking like getting out every ball early on, then put on an utterly incredible display of catching in both innings. He looked like a man possessed at times, but loses a point for a second ball duck in the second innings.

Didn’t exactly justify his selection over Cam Bancroft, especially in the first dig when he looked like a walking wicket. Copped an absolute beauty in the second innings from Jack Leach and dropped an extremely hot chance that would have won Australia the Ashes.

Uzzie has been completely figured out by the England bowlers and it’s not even a clever plan — just bowl outside off and wait or him to nick one. He also has the knack for getting out right when we need him most. Probably needs a spell but he’s not even the biggest problem in the top three.

Almost faultless. Made dual 50s that were both gritty and pretty, and looked like taking the game away from the Poms in both innings. Be nice if a couple of blokes went with him.

We couldn't make sense of this Test, so we asked Triple M's best cricket talent to do it for us.

LISTEN TO THE GREATEST TEST WE EVER LOST HERE:

Copped one of the best balls ever bowled in his first innings duck and a good yorker in the second, then pulled out a genius piece of fielding in the chase that looked like it had won the game for Australia. If only we knew…

Badly exposed as captain as Ben Stokes Ben Stokes’d us. The deplorable review to a ball that was never out not only cost Australia the game but it possibly the entire Ashes from here. Hopefully he’s not too scarred by the experience.

Bowled with venom and pace in both innings, but also could be wayward in the pursuit of pace. One ball that went for five wides was symbolic of how poorly Australia bowled when Stokes and Bairstow put it back on them in the second dig. Also loses a point for getting Stokes out in the first innings, an incident which spurred him onto the subsequent heroics.

Completely unplayable in the first innings but couldn’t replicate it in the second. Australia needed more from their attack leader in the chase and he just couldn’t provide. To be fair, he’s still the best fast bowler in the world and Ben Stokes was just better than him on the day.

Hard to give a proper rating to Haze. He took 9/115 across the Test and was the best bowler in the game for the most part, but his shabby spell with the new ball let England get some the sniff Stokes required. Australia were still in the box seat with ending needing 37 when he bowled his last over, but Stokes hit him 4, 6, 6 in an over that went for 19 and the result became inevitable.

2/114 in a chase of 360 is frankly not good enough. Also stuffed up the potential game winning run out. Not a set of highlights the GOAT will wanna look back on.

You’ve figured him out. Shame on you that it took three tests. Doubt he’ll reach double figures again. It was nice while it lasted, mind.

“…I want him erased from the face of the planet. Not painfully. I'm not malicious. But he must go away forever and never ever even think of playing cricket for England again. …he must be obliterated from humanity.”

And at Headingley, if anything, he was even worse.

Reviewing and captaincy improved from ‘Shithouse’ at Lord’s to ‘Nearly Mediocre’ at Headingley. Got a beauty first dig, but Australia’s seamers seem to know they can get him early – which they did on the last day, despite the excellent runs that came before then. Can we PLEASE move him back to four? Please?

Top scored in the first innings, which is… you know… umm… Anyway, also scored a lucky half-century, which was very nearly as lucky as Davey Warner’s on day one. But that luck has earned him a spot in the team for the rest of the series.

Amazing. Incredible. Brilliant. Superb. Charged in when the game was gone and aggressively dragged his country back into the game by knocking over Head, Wade and Cummins. He bowled his side to a chance of winning and would have done it sooner if Root had held his chances. Richly deserves Man Of The Match for that tremendous bowling performance without which England would have lost the Test and Series. Also batted well.

Thought he’d batted himself back into form at Lord’s. Despite the run out hardly being his fault (Ben Stokes, at fault, should be bloody ashamed of himself. He let the whole country down there), Jos’ head doesn’t seem to be right at the moment. Sliding down the order to the point there’s nowhere left to slide apart from out of the team.

Wicketkeeping was a marked improvement, but then it had to be. Scored nearly, but not, nearly enough in the second innings. Probably still not doing enough to be a proper top six bat, which is just what England need at the moment. We might well see the solid gloveman Ben Foakes (who also averages 40 in tests) come in for Buttler, freeing Bairstow up.

Let Australia off the hook on day one (thank God for Jofra Archer). Didn’t offer anything much in the second innings. Batting was useless. The player many (me) tipped as Player Of The Series is in serious danger of playing no further part in it, especially if Jimmy Anderson is fit.

First Test five-for, struck a couple of lusty blows in the run chase before predictably being caught on the boundary. But the highlight of his performance – possibly even the highlight of cricket history – was stealing an inflatable watermelon from a steward and throwing it back to the Western Terrace. What a guy.

Bonus point for bowling the greatest ball in Test history to dismiss Travis Head in the first innings (hyperbole? Moi?). Stu even forgot to do that funny thing with his eyes and slap his hands to his mouth in celebration because he was too busy pretending to be an aeroplane. Funny bloke.

Those figures aren’t exactly overwhelming. And, to be fair, the bloke’s got a lifetime supply of glasses and all the wine he can drink simply for not getting out to poorly executed Australian bowling. So I wasn’t going to give him more than 6 here, but then I remembered all those times he polished his spectacles – the best spectacle-polishing in Test history? You better believe it – and bumped him up to 9.