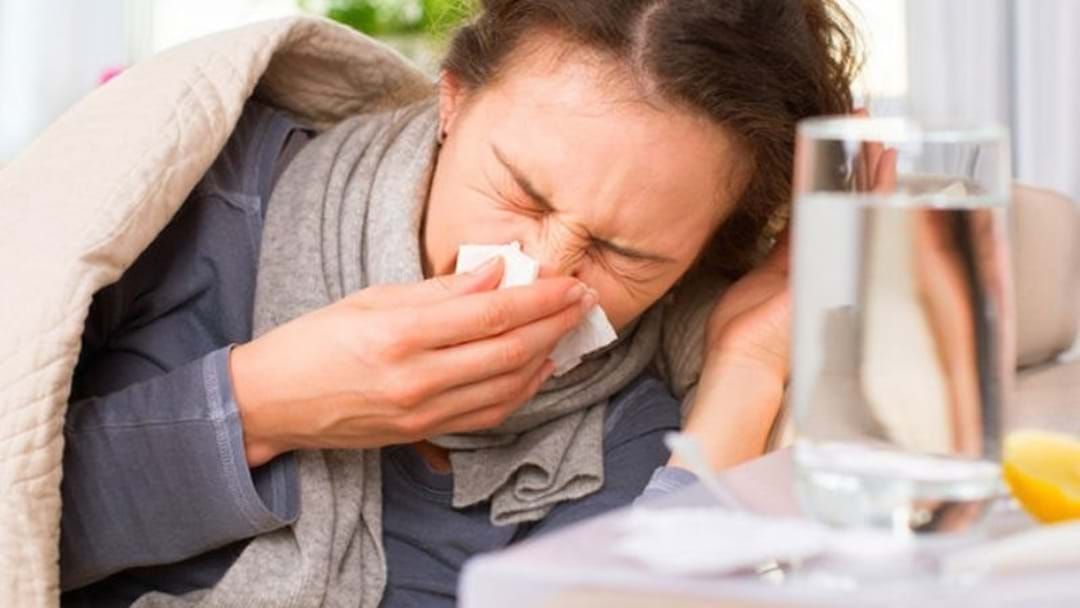 It's that time of year again, when we whip out the Vicks Vapour rub, cough lollies and lemon honey tea in a feeble attempt to combat the nasty flu spreading through WA.

Peak season for influenza is usually between July and September, however, the Department of Health have reported that this year, flu season has hit much earlier than usual!

So far, instances of influenza have decreased over the past couple of weeks, but the number of people infected by the icky virus has increased since last years flu season.

The good news is, the amount of people hospitalised or killed by the virus is at the lowest we've seen in 10 years.

Here are just some of the ways you can protect yourself and others from this years flu strain...

Number ONE: If you've already contracted the virus, stay away from your friends, family and workplace as much as possible. Attending work, school or snuggling up with your partner will only put others at risk.

Number TWO, get yourself a flu shot ASAP! If you are pregnant, over 65, Aboriginal, suffering from an underlying medical condition or have children between the ages of six months and five years old, you qualify for the National Immunisation Program vaccine.

WA has already dished out a massive 769,000 doses and if you're not one of those numbers, you are still at risk.

The influenza jab is not 100 percent effective, but will make sure you're covered for the most common types of flu and will minimise the severity of the flu if you are unfortunate enough to catch it.

If it's already too late for you, there's only one thing you can do. Stay home! Chuck on your Netflix, binge-watch your favourite series and wallow in your sickness away from the general public.