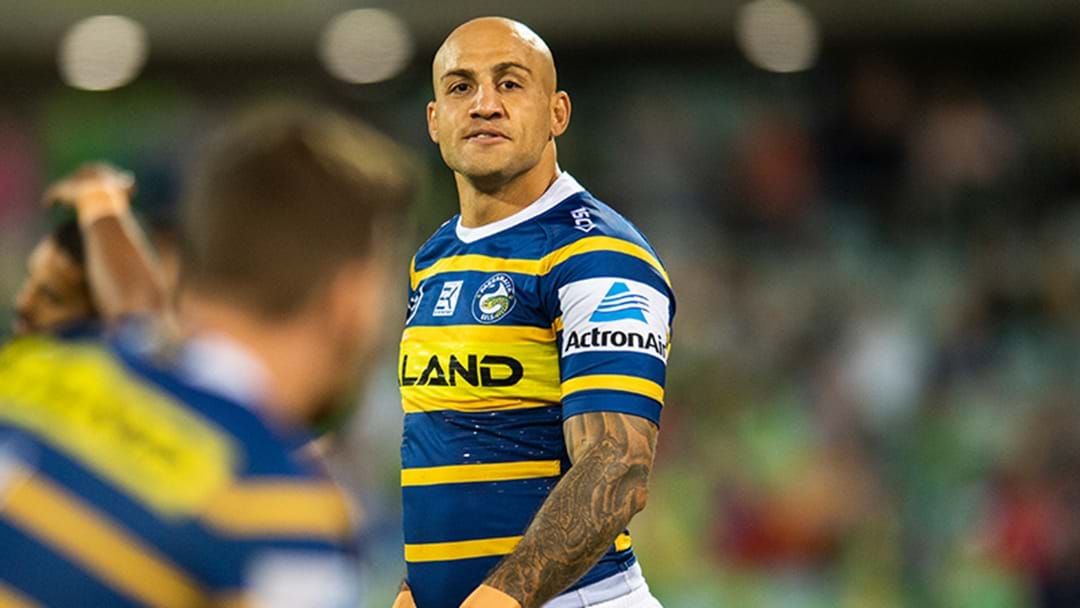 Blake Ferguson's career in the NRL is going from strength-to-strength.

Having won the 2018 NRL Premiership with the Roosters, 'Fergo' made the big-money move to the Parramatta Eels at the start of this season, currently playing a starring role in the club's push to make the finals.

The 29-year-old also completed his Origin redemption by putting on the final pass for James Tedesco's series-winning try in the Origin decider.

Ferguson's club-coach Brad Arthur joined Triple M's The Rush Hour with MG and was asked what's it's like coaching the Origin winger.

"He takes a lot of energy out of me but he gives a lot back to the team," Arthur joked.

Arthur, also opened up on the Eels season so far as the club look to cement their place in the finals; hear the full chat below.