Brad Haddin On Alex Carey’s Technical Issues Behind The Stumps 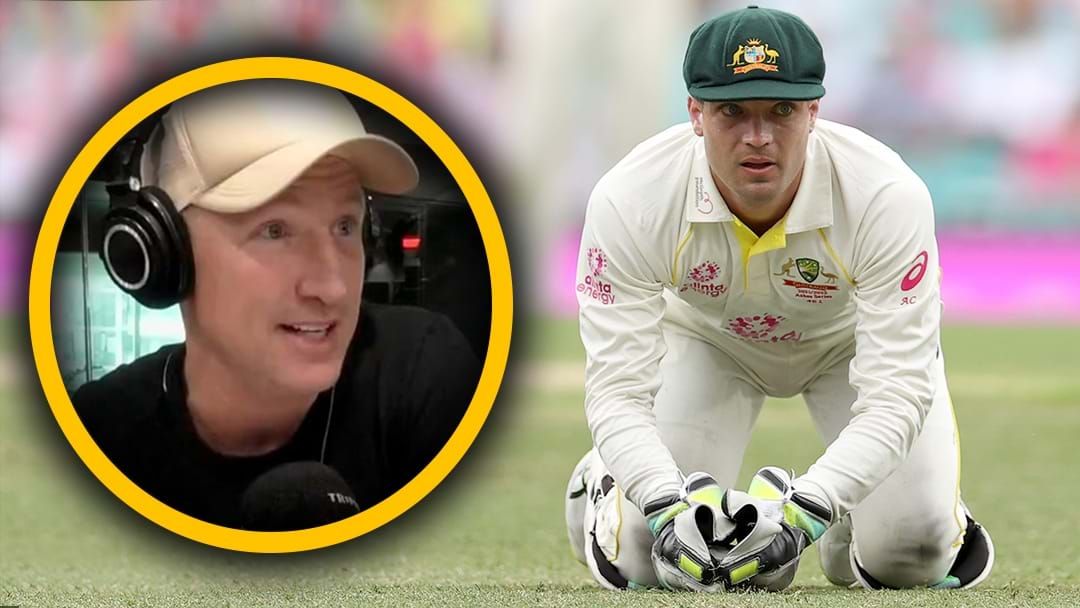 "Technically he had a bit of an achilles heel, Alex Carey, this series, just low to his right," Hads said.

"As the replay’s showing there now, he’s very flat footed when he goes… you’re meant to be pushing hard off that left foot.

"All he’s doing, he’s dropping his right leg to make way. He’s not getting any power to go and get power out of that left foot to go for that catch."

Hads also noticed some issues in the way Carey sets himself.

"I was watching him set up, his shoulders are pointed to point," Hads said.

"And what you need to do, you need to have your have shoulders point down the wicket and move laterally really well.

"His shoulders, if you just have a look when he goes down here, he opens up his right leg… so your eyes aren’t lined up straight."

Hads also had some advice for Carey.

"First and foremost I think he needs to square himself up, he’s opening that front foot up too much," he said.

"When the ball does go outside his eye line on the right, he’s turning his left shoulder and going side on, where you need to say work in a straight line across."

Stream every ball live on the LiSTNR app — grab it on iTunes or Google Play now!