Brazen Brothers Bulldoze Family Home In An Act Of Revenge 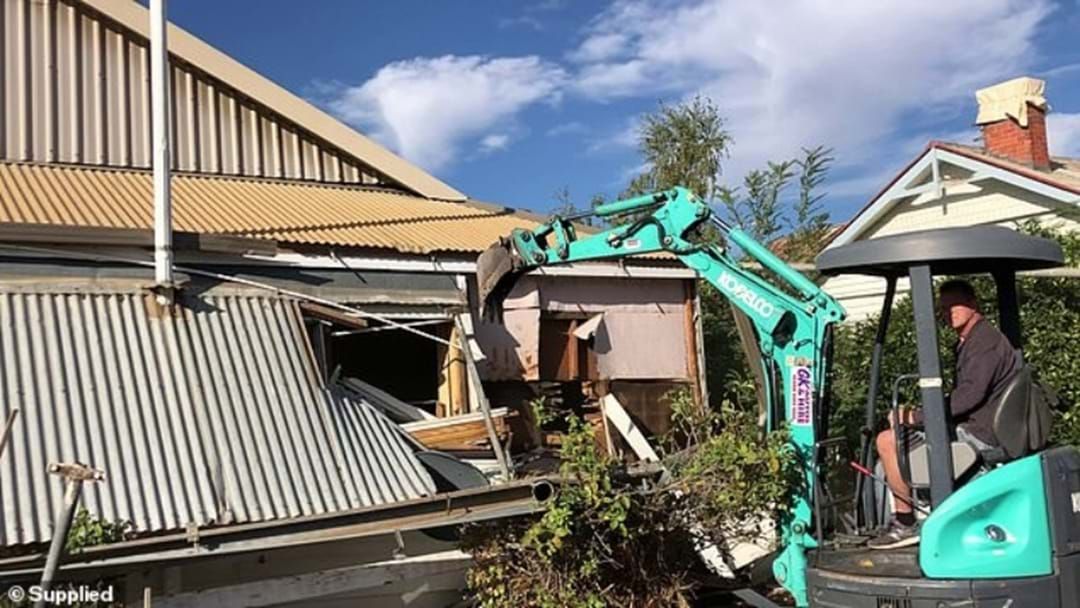 Two Aussie brothers have taken a family-feud to the extreme.

Hiring an excavator, the brazen bros bulldozed their Murtoa home as the final clincher in a family-feud - making sure their sister 'didn't get a cent'.

Malcolm and Garry Taylor drove from their Queensland home to Murtoa in Victoria's wheat-belt region near Horsham back in March 2019, in order to demolish their late mother's home and in doing so, ruin their sisters inheritance.

The brothers aged in their late 50's sought revenge after the home had previously sold at auction for $100,000, but fell through after suffering water damage.

In a turn of events the boys hired an excavator and filmed themselves tearing the house down. They even sent their sister a text saying “renovations have begun”.

They were fined $10,000 each on charges of theft and criminal damage. So, I guess, in the end the joke was on them.