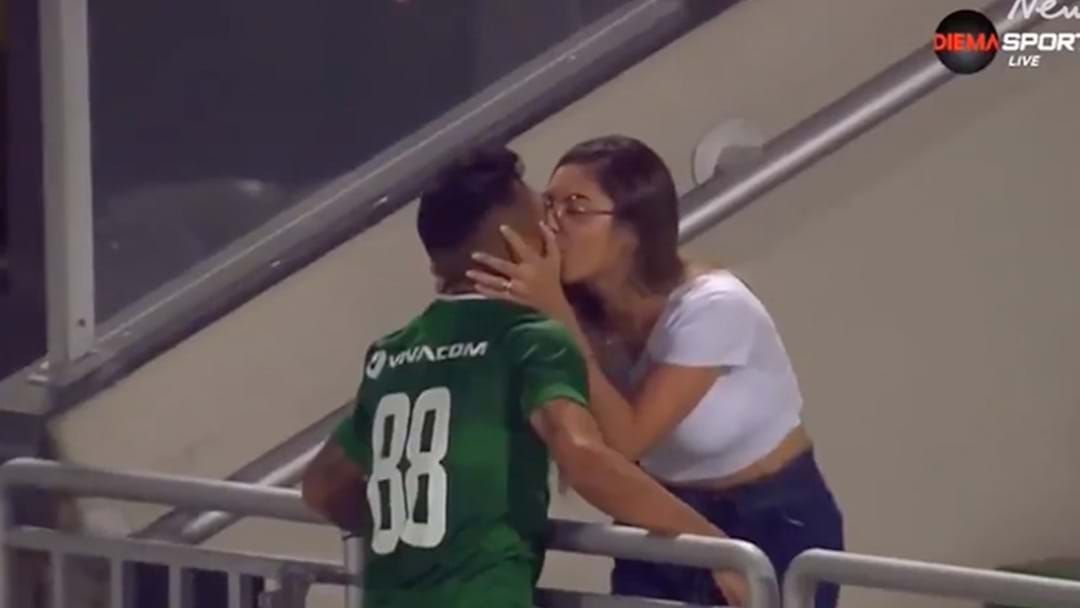 A post goal (or try) celebration has the potential to become one of the most memorable moments in sport.

In the case of Brazilian football star Wanderson Cristaldo Farias however, it can be a moment you really, really, really want to forget.

After the Ludogorets PFC midfielder "scored" his goal, he immediately took to the stands to celebrate with his wife.

It was only after kissing her that he returned to the field to realise the play had been continuing without him... the goal was disallowed.

One of this weekend's funniest moments in Bulgarian football: 😘 Wanderson scoring for Ludogorets against Slavia, then celebrating by kissing his wife in the stands, without realising his goal has been ruled for offside. To top it all off, there was NO offside 😂 pic.twitter.com/EtXjsJGpte

The game finished in a 0-0 tie, but if that goal had counted and they had won, Ludogorets PFC would be sitting first on the ladder, overtaking Slavia Sofia ... the team they drew with.

A bloody tough night for Wando.

Maybe next time he could consider something like the iconic State Of Origin 'grenade try' .. that way he's not the only one involved!