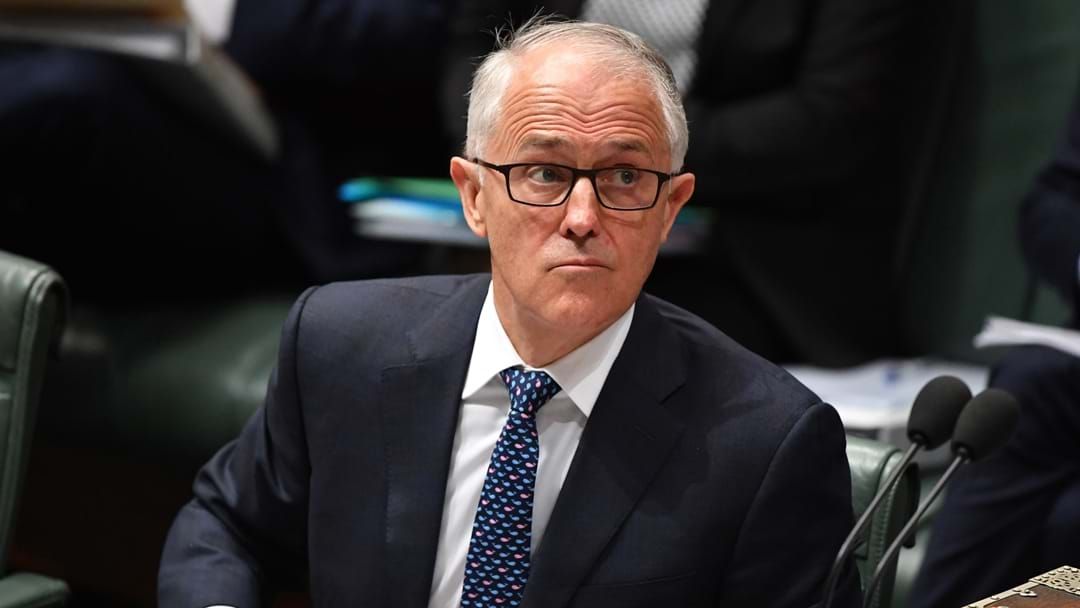 The prime minister declared the leadership vacant after entering the party room with his deputy Julie Bishop shortly after 9am on Tuesday morning.

EARLIER: Peter Dutton is contesting Malcolm Turnbull for the leadership of the Liberal party in a party room meeting.

The prime minister entered the party room with his deputy Julie Bishop amid speculation about his leadership.

Sky News is reporting that after Mr Turnbull called the spill, Mr Dutton put his hand up to challenge.

Despite Mr Turnbull's capitulation to energy policy rebels in his ranks, the expectation his leadership is under threat has grown.

"I'm certain he is telling the truth," he told the Nine Network.

"I think the public would react very negatively to another change of leadership without them having a vote."

A report in The Australian suggests Mr Turnbull had lost confidence of nine Liberal cabinet ministers - half of the Liberal contingent.

Mr Dutton's camp believes it could get to the 43 votes needed to oust Mr Turnbull, but the prime minister's backers says he still had majority partyroom support.

Fellow MPs from Mr Dutton's home state of Queensland are also understood to have been encouraged to turn on Mr Turnbull.

Small Business Minister Craig Laundy warns that would go down like a lead balloon.

"If we are fighting amongst ourselves, guess what, when the voters go to the election, they'll mark us down as they should," Mr Laundy said.

"They want us to know that we should be concentrating on the things that are important to them."

Liberal backbencher Tim Wilson acknowledged the numbers were being counted in the party room.

"I don't actually expect a challenge today, but we'll wait and see," he told the ABC on Tuesday.

Mr Turnbull told reporters earlier on Monday he had the confidence of Mr Dutton, the cabinet and the partyroom.

Adding to the prime minister's woes have been a string of poor poll results.

Labor frontbencher Anthony Albanese said the prime minister should call an election, if he survives the week.

"I think that would be a good thing for the nation, because something has to change, this is chaos in the parliament at the moment," Mr Albanese told Sky News.