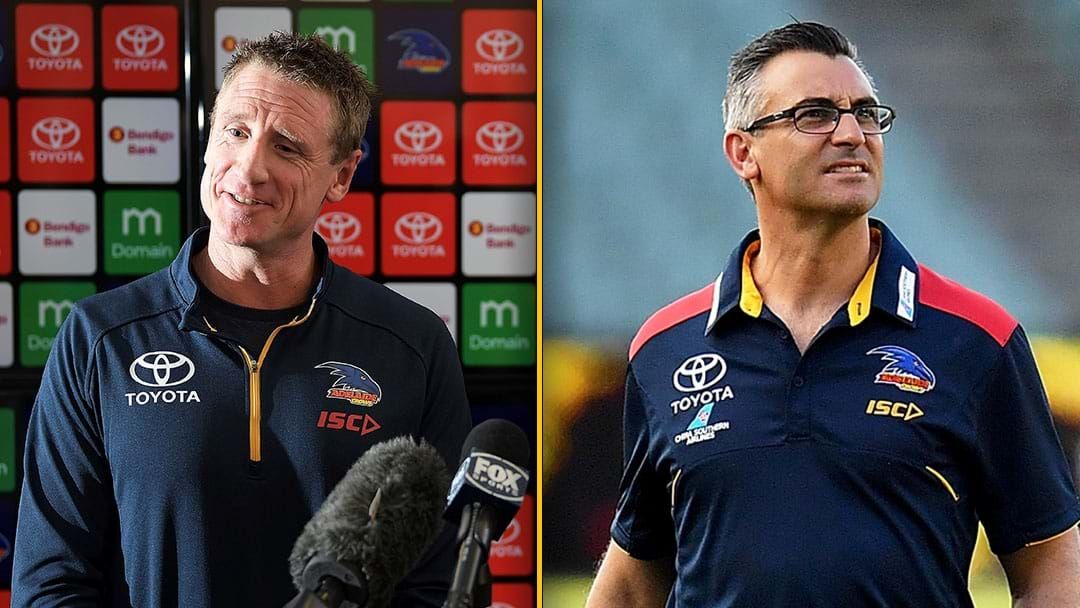 Adelaide has today finished a wide-ranging review of its football department, with Brett Burton and Scott Camporeale departing the club amongst other changes.

The board endorsed the departures of Head of Football Burton and senior assistant coach Camporeale, as well the creation of a new position called Head of Leadership and Culture that is intended “to deliver a new player leadership program across all areas of the football department, including AFL and AFLW”.

Some other small changes within the high performance department have been endorsed in order “to enhance role clarity and communication between staff, coaches and players”.

“The last two seasons have been challenging from an on-field perspective and there have been too many distractions off-field as well, and we needed to clearly identify deficiencies which would shape decision making required to make positive change,” club chairman Rob Chapman told the club’s website.

“We had a clear view on what we believed to be the key issues but for a variety of reasons felt that the involvement of external consultants would help ensure the review left no stone unturned, as well as providing the benefit of a different lens or perspective.”

The changes come after head coach Don Pyke resigned and co-captain Taylor Walker stepped down from his role after the end of the season.