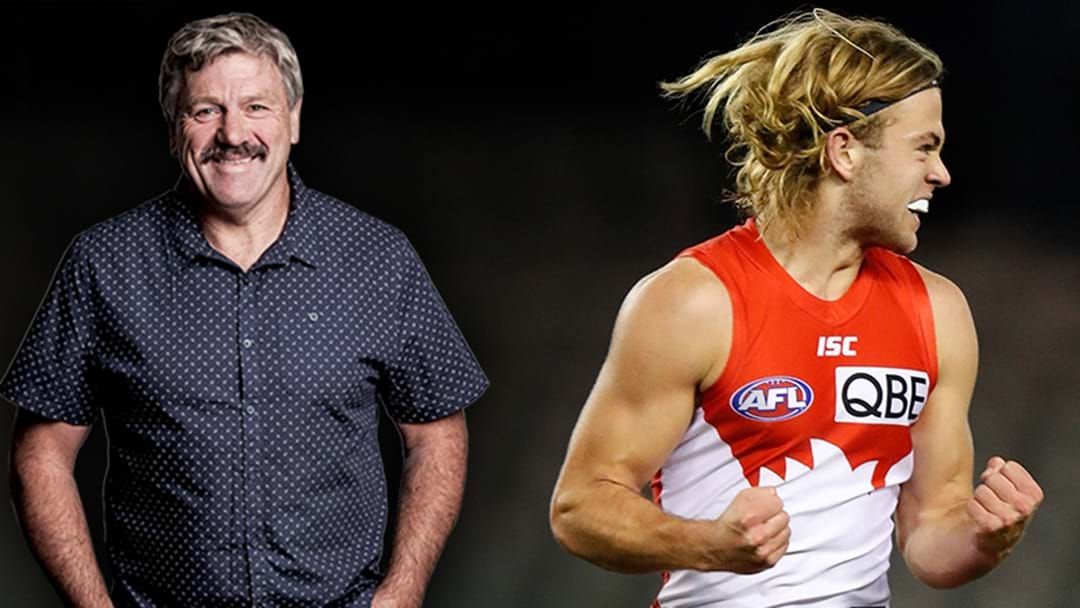 Brian Taylor has made many cult figures through his commentary, and the Triple M Footy Fan Podcast have picked up another one — young Swan James Rowbottom.

It also turns out there’s a deeper connection between Bristle and Paddlebum.

The 19-year-old is BT’s nephew, and knew he was a real possibility for copping a nickname when he started.

"Each Christmas, we do a WWE wrestling thing at our farm," Rowbottom told Sydney’s website just after being drafted in 2018.

"One year I went as a schoolboy, so he started calling me 'Schoolboy Jimmy'. That would be disastrous if that came up."

The Triple M Footy Fan Podcast also discussed Clarko masterminding two wins on the same weekend, who has better meme potential out of Richmond and Geelong, what we need to bring back to footy and more.

LISTEN TO THE FULL PODCAST HERE: