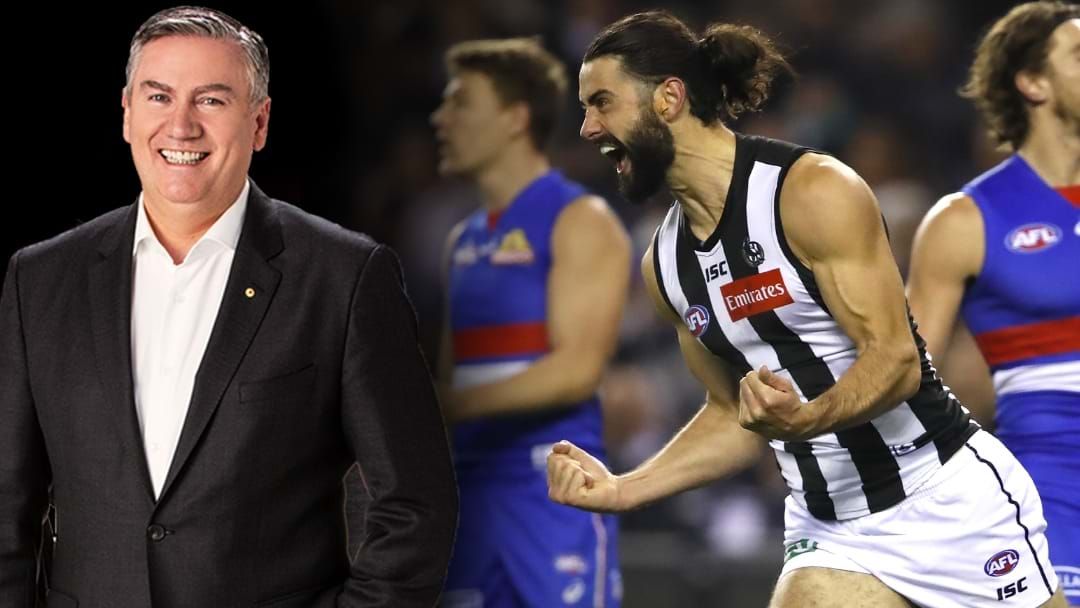 Collingwood ruckman Brodie Grundy joined The Hot Breakfast this morning in the wake of the All-Australian signing a monster sever year contract extension.

Both Grundy & Collingwood president Eddie McGuire revealed why seven years was so important for both parties.

Grundy was set to be a free-agent at the end of the 2020 season, with the lure of returning home to Adelaide lingering in the background.

But the two-time Copeland Trophy winner reaffirmed that he wanted the long term security of seven years so he commit to setting up his life and family in Melbourne.

"I felt coming into free-agency this year that I was entitled to sort of explore what that looked like," he said.

"Who knows what the long-term future will be, but the immediate seven years (I am) really pumped to commit to the Pies and put down some roots and build a family here of my own."

McGuire also revealed why Collingwood agreed to the long-term deal.

The Magpies president cited the philosophy that if players fully commit to the club that success should follow.

"If you are asking a player, particularly a ruckman, to put themselves on the line... Then I think it's not a bad thing for the club to be involved as well," McGuire said.

"There is a two-way street there.

"If you know you can just play and everyone is 'one in, all in' then hopefully it will come together."