AFL NewsBrowne: 'Coniglio Is A 20% Chance To Play'

Unlikely, but a chance. 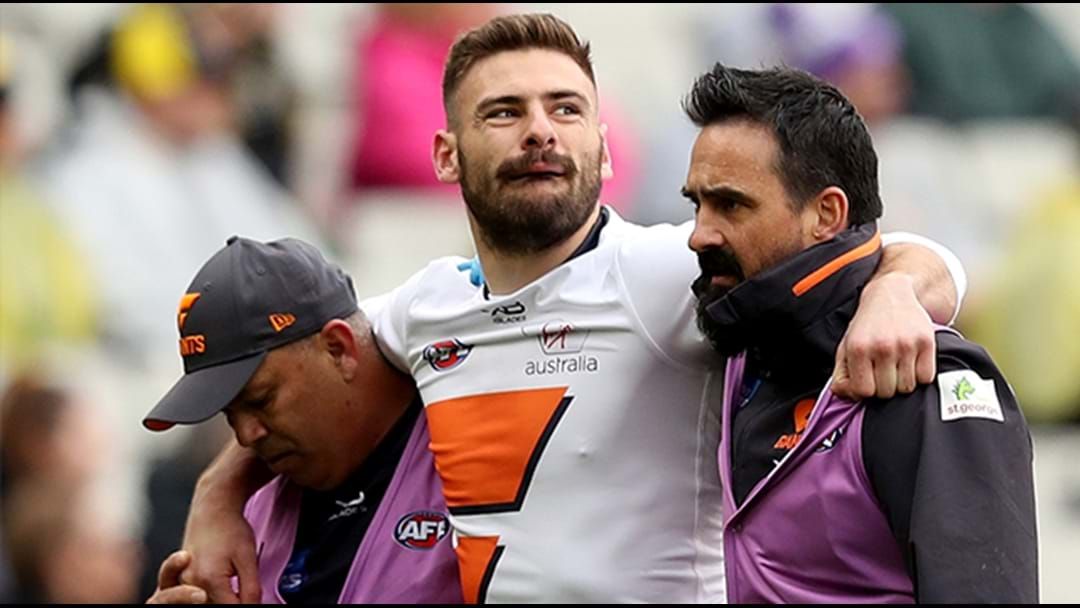 Tom Browne has told the Hot Breakfast that GWS midfielder Stephen Coniglio is a "20% chance" to play in Saturday's Grand Final.

Coniglio injured his knee against the Tigers in Round 17 and has been racing the clock to make it back ever since.

The 25 year-old averaged 29 disposals and a goal per game before suffering the injury.

"Stephen Coniglio rated a 20% chance from my sources," Browne told the Hot Breakfast.

He's trying to be really cautious, with this seven year contract. He doesn't want to hurt his knee."

His mail from Dr Rohan White is that he has recovered well from his appendicitis and will be available this week.