Buckley 'Content' With Decision To Coach Final Match With Collingwood 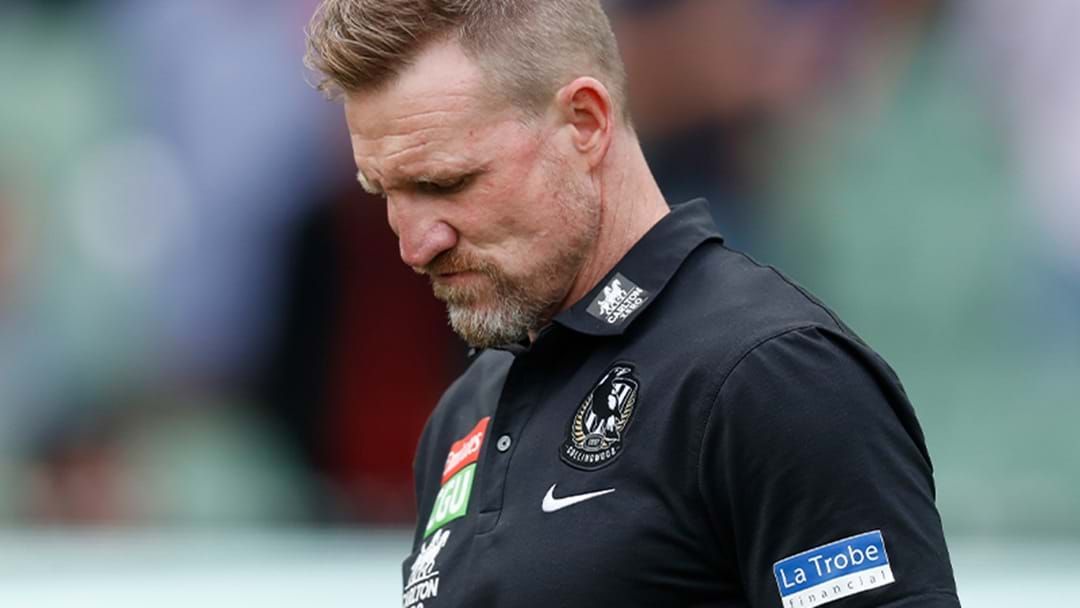 Nathan Buckley cited several reasons for his decision to step down as Collingwood coach, alluding to the rawness and emotion as he prepares for one more game as head coach.

The 48-year-old made it clear that the club was under scrutiny due to recent performances, and given his nine-year tenure it was the correct decision to help the club move forward.

The outgoing coach fronted club and football media at the Holden Centre, revealing what led to the shock decision on Wednesday morning.

"We haven't performed the way we would have liked to in the early stages of this season," Buckley told reporters via video call.

"I'm really content with the decision that's been reached and I'm really confident that the club will be in good shape going forward.

"I'm pretty confident the club will be in good shape going forward; the fundamentals are really sound."

Buckley coached the club to 113 wins and 90 losses, including a Grand Final appearance in 2018 and multiple finals victories.

"I would have been happy to coach the year out if that's what the club needed and wanted," Buckley said, citing a two-month discussion with Magpies footy boss Graham Wright surrounding the departure.

"It was time for something different, something new and something fresh.

"Now I'll go into the blue skies of whatever I'll have for the rest of my life ... It'll always be as a Collingwood supporter."

As Bucks outlined it was time for the club to endure a 'fresh' start, the report came as a shock to Magpies captain Scott Pendelbury.

"You come in to train today and that happened so it's definitely a shock," Pendlebury told reporters at club training.

"It's the first time ever in my career that I've been through something like this before. I feel almost a little bit numb."

Triple M news-breaker Tom Browne provided the latest on Buckley's final game, revealing assistant Robert Harvey will step in as interim, with the search for a new coach underway.

"It looks like Bucks has taken this decision into his own hands," Browne said.