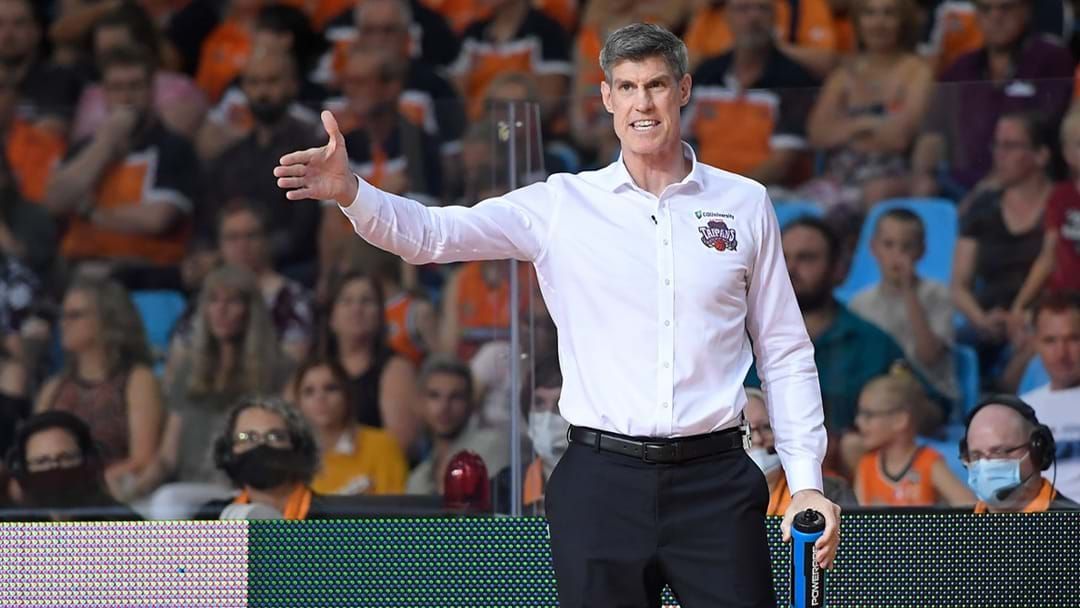 With one final game in New Zealand on Wednesday night, the news arrives as the team sits in last-place on the ladder - a disappointing 8-27 win/loss record. The team released a statement via social media moments after a 25-point loss to Melbourne United.

In a season which provided numerous rocky encounters, from travel headaches to postponed games, the Taipans board decided on “taking the club in another direction”.

It was only a season ago that Kelly was named 2019-20 NBL Coach of the Year for taking Cairns to a semi-final in his second season.

The expectation amongst the Taipans community was hope for a season of success, but it proved not too distant from the 2018-19 losing season that also saw the club at the backend of the ladder in Kelly's first season as head coach.

Taipans president Troy Stone the decision to let go of coach Kelly was a difficult one, but it was made in the best interests of the club’s future planning.

“It has been a difficult year for everyone, and our club has certainly had its own unique challenges over the past 12 months,” Stone said

“This was a hard decision for the board to make but it was identified as one of the necessary steps to take in order to project the club forward.

“Mike’s contributions to the club and the Cairns community have been nothing short of excellent, and his values and integrity are and have been a real strength.”

Departing marquee American Cam Oliver - who flashed potential in a late-season opportunity on an NBA roster - and failure to combine team chemistry resulted in a underwhelming year for the organisation.

Taipans management and stakeholders will observe all possible candidates in the coming weeks.

Catch up on the latest headlines on The Queensland Briefing. Available on Listnr.