Calling All Air Guitarists: Let's Smash The World Record At This Week's Highway To Hell Event

Let's do it for Bon! 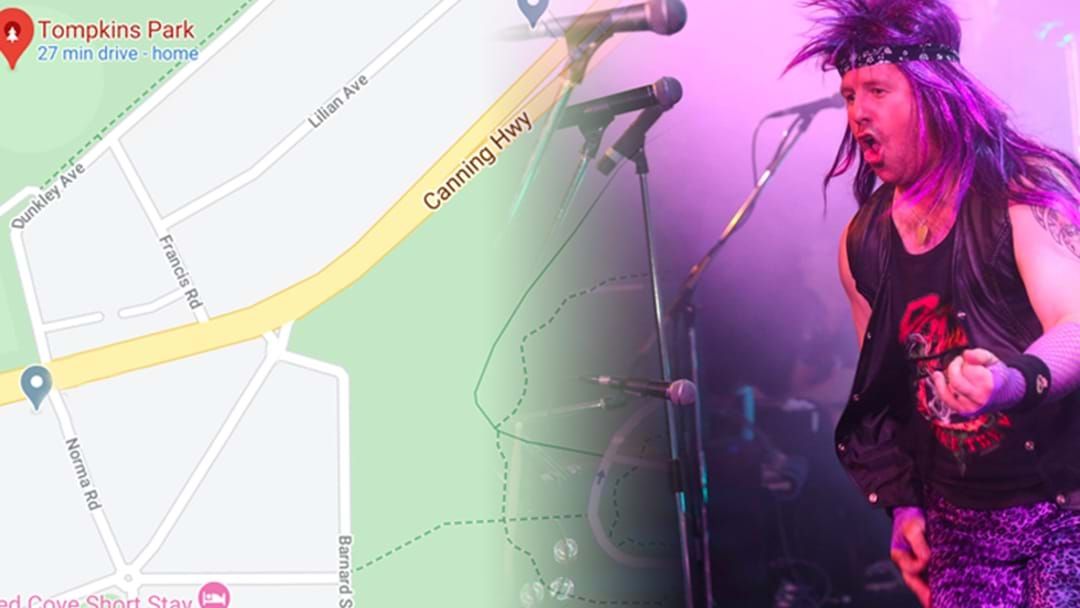 This Sunday's epic end to Perth Fest 2020 has the potential to be the most epic ending of all time if a little plan to break the world record for the LARGEST ENSEMBLE OF AIR GUITARISTS EVER ASSEMBLED!!!

For the uninitiated, the Canning Highway will close down to traffic this Sunday, March 1, as Perth pays homage to one of the world's biggest rock stars (and one of our own), Bon Scott.

Perth's other massive rock star, current state Air Guitar champion Billy Damage, is recruiting his Air Guitar brethren and encouraging everyone in Perth who's keen to break a world record, to join them and help try and break record on what will be an epic day for all AC/DC and Bon fans.

Already, Australia's second ranked Air Guitarist, Jinja Assassin, has signed up and will lead with Billy out front.

They've assured us that only basic choreography will be the feature of the performance, so if you've ever wanted to be part of a rocking world record, bring your air guitar to the ‘Tompkins Zone’ (Tompkins Park, Alfred Cove) for 3:30pm, Sunday 1st March.

If nothing else, let's do it for this guy!

All the info is you need to know is at the Highway To Hell website.

For everything Perth, why not check out Sandgroper City. It's all about this pretty little city of ours.