How many nominations can they get? 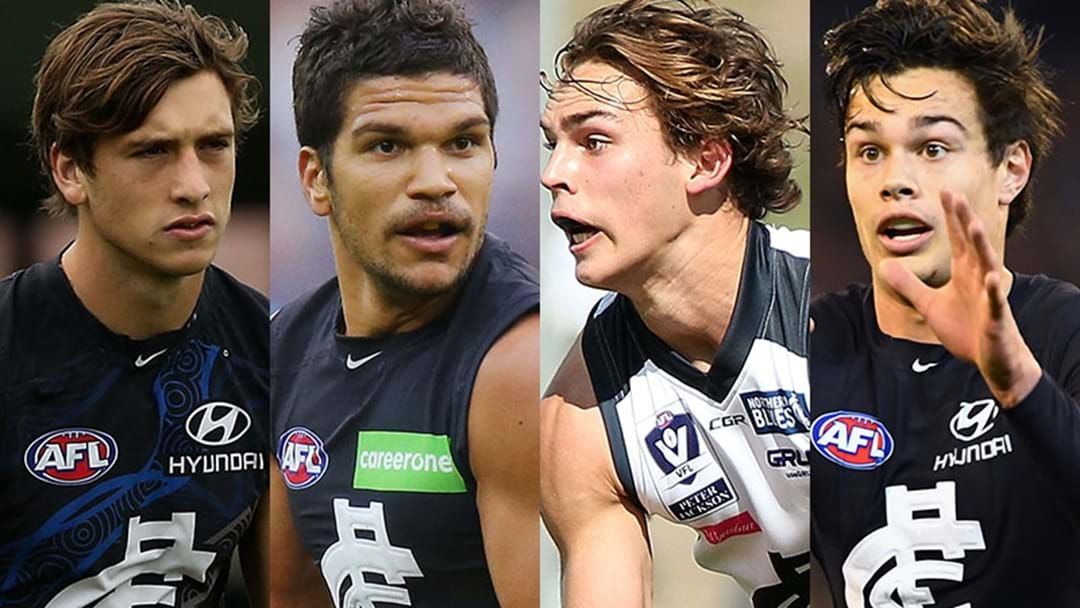 Carlton youngster Jack Silvagni confidently predicted on Tuesday that his team would produce at least another three Rising Star nominations before the season is done.

If that occurred, the Blues would boast seven contenders for the coveted award later this year.

With four nominations already in the form of Caleb Marchbank, Sam Petrevski-Seton, David Cunningham and Silvagni, Carlton are the only team with multiple nominations so far this year.

However, even if Carlton do produce seven nominations this year, incredibly it wouldn’t set a record.

Greater Western Sydney racked up no fewer than eight Rising Star nominations in 2012 – three more than the next best Essendon and Fremantle who achieved five each in 1993 and 1996 respectively.

But given how good GWS are looking at the moment, Carlton would hope that becoming the only other side in history to register at least seven nominations would serve as a good omen for them in a few years’ time.

Most Rising Star nominations in one year